A chicken processing plant in California has been ordered to close after being ravaged by a deadly coronavirus outbreak.

After 358 employees at the Foster Farms poultry plant in Livingston tested positive for COVID-19, and eight died, the Merced County Health Department issued a directive to temporarily close the facility.

“Due to the number of deaths and a need to quickly test both permanent and temporary employees at the Foster Farms Livingston Facility, the Merced County Health Officer has ordered the Foster Farms Poultry Processing Plant to close until the plant is able to reopen safely, as approved by the Health Officer,” the local health department said in a statement.

A poultry-processing plant where at least 358 workers have tested positive for the coronavirus and eight have died was ordered by county health officials in California to temporarily shut down, officials said.https://t.co/16GocWBrmb

Foster Farms confirmed the deaths of the eight employees, but implied they may have contracted the novel virus outside of the facility.

"It is important to recognize that the increase in positives at the Livingston complex occurred subsequent to the dramatic increases in Merced County," the company said in a statement, according to NBC News.

"Foster Farms’ comprehensive set of COVID-19 mitigations, promptly implemented following CDC guidance, can protect employees while they are on our premises, but we cannot fully protect them when they are exposed in the greater community."

Health officials called the situation at the Foster Farms plant “the most severe and long-lasting outbreak in Merced County,” noting that it began as far back as June 29th.

The county health department continued to advise the plant over the last two months, but on subsequent walk-throughs of the facility they found their recommendations, which included widespread testing, were not being followed. 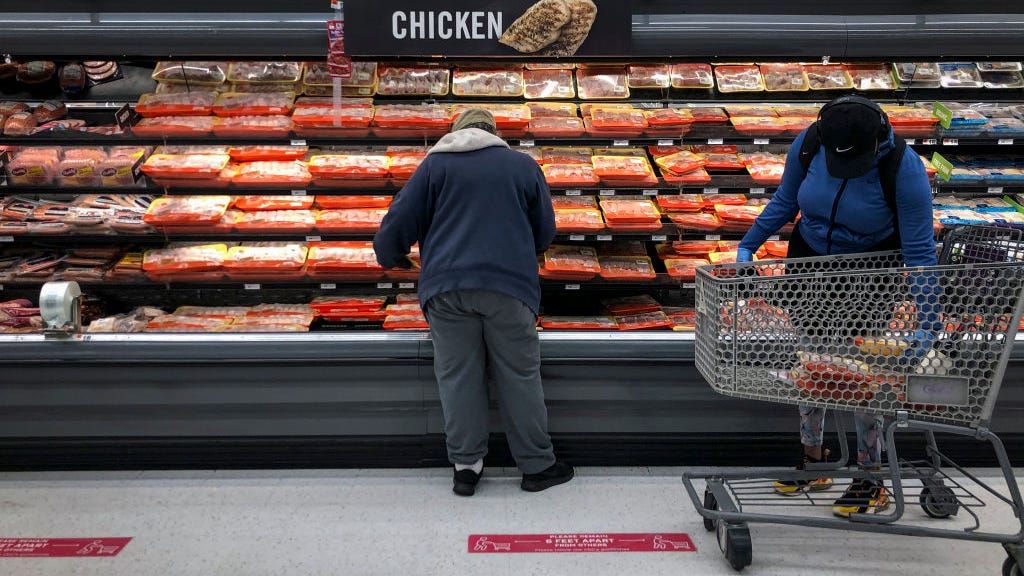 Tyson Foods Will Test Employees Weekly for Coronavirus at All U.S. Plants

“The spread of COVID-19 within the facility has not been contained and active outbreaks continue to exist, posing a significant threat to Foster Farms employees and the surrounding community,” read the county statement.

“The closure of this plant is the only way to get the outbreak at Foster Farms swiftly under control. Our hearts are with the eight families who have lost a loved one.”