(KMOX) - A very unique rescued puppy from Missouri is going viral because of the short little tail sticking out of his forehead.

The appropriately named "Narwhal the Little Magical Furry Unicorn" was rescued on Nov. 8 by Mac's Mission in Cape Girardeau. He was found out in the cold with another puppy and had a foot injury, but both are now safe. And people can't get enough of this unicorn dog.

Photos and videos of him on Facebook are gaining thousands and hundreds of shares. The rescuers took him to the doctor and found out the tail on his head is "not connected to anything and has no real use other than making him the COOLEST PUPPY EVER!"

Narwhal isn't available for adoption yet, but hopefully will be soon after he grows a bit more.

And it sounds like the front tail is going to stay.

Why Albert Pujols' Emotional Return to St. Louis was Such a Success

Albert Pujols returned to St. Louis for the first time since signing with the Los Angeles Angels in 2012. Will Leitch discusses why it was such a triumphant return for the Cardinals legend.

"The unicorn face tail does not bother Narwhal and he never slows down just like any normal puppy. He seems completely healthy other than some usual puppy worms he got meds for," stated one Facebook post.

It's likely that his story and donations from his popularity is going to help a lot of other dogs that Mac's Mission fosters. They are a rescue and adoption facility that focuses on animals with special needs or health issues that might otherwise lead over-burdened shelters to euthanise their dogs or cats. 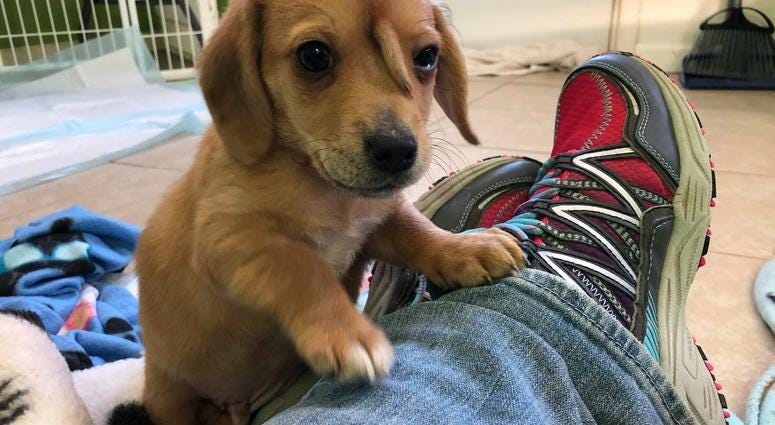 Hi, My Name is Narwhal the Little Magical Furry Unicorn 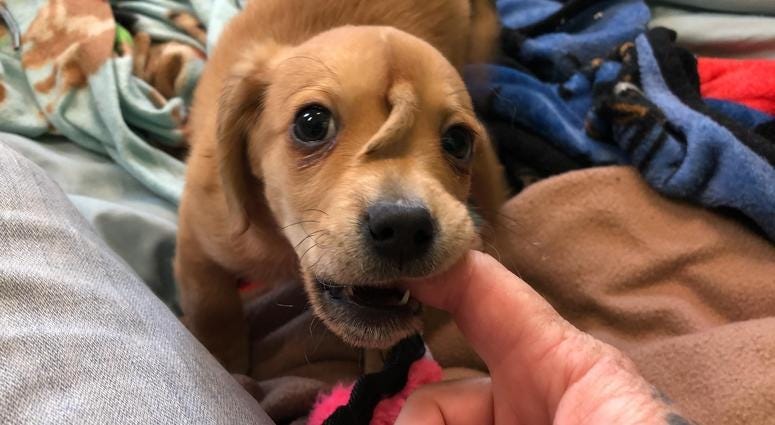 Yes, That Is a Tail on My Forehead 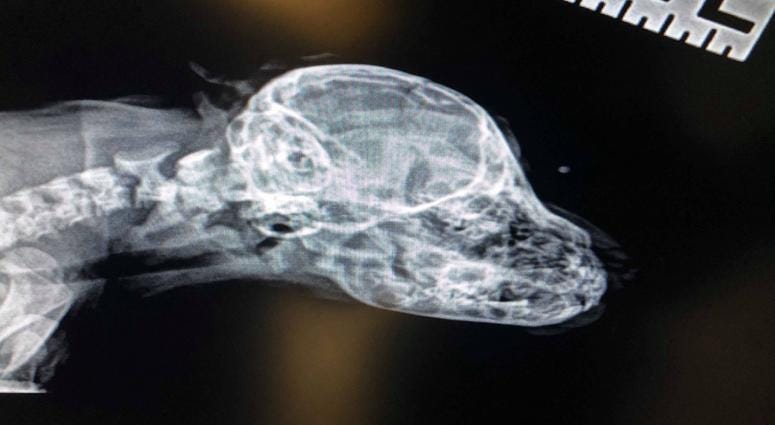 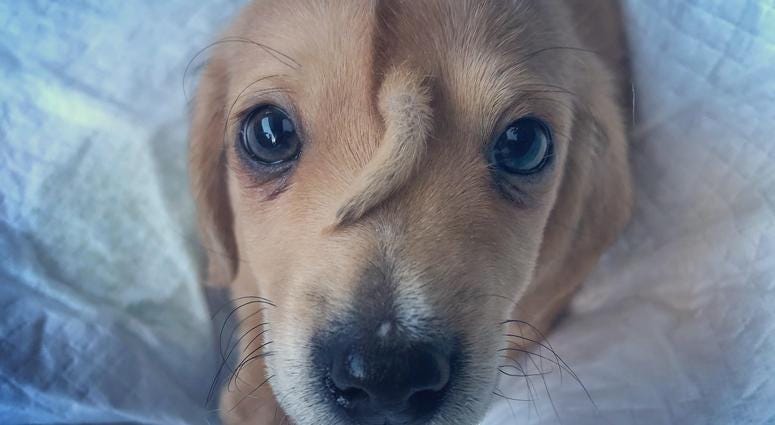 My Tail Makes Me Unique 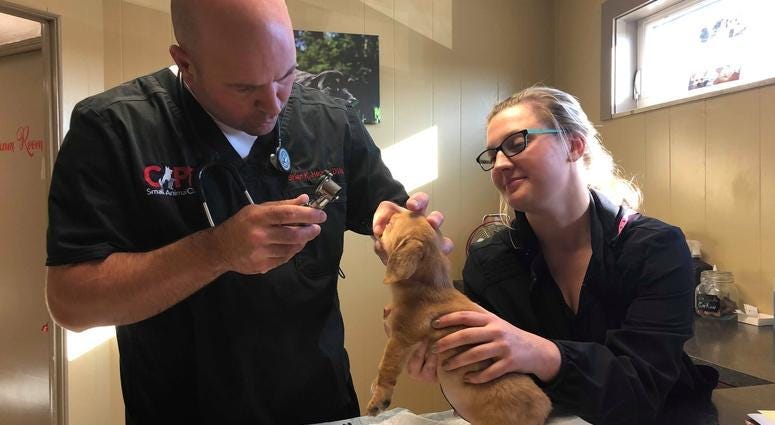 And My Rescuers Say It Makes Me The Coolest Dog Ever