The death of a woman who died on a flight to Texas was caused by COVID-19, officials said Sunday. The woman in her 30s died July 25th, but the cause of death was announced Sunday.

The woman was on a flight leaving Phoenix and began having issues before take-off.

"It became difficult for her to breathe. They tried to give her oxygen; that was not successful, and she died on the jetway," says Dallas County Judge Clay Jenkins.

According to Dallas County Health and Human Services, the woman had underlying health issues. No additional information is being released. 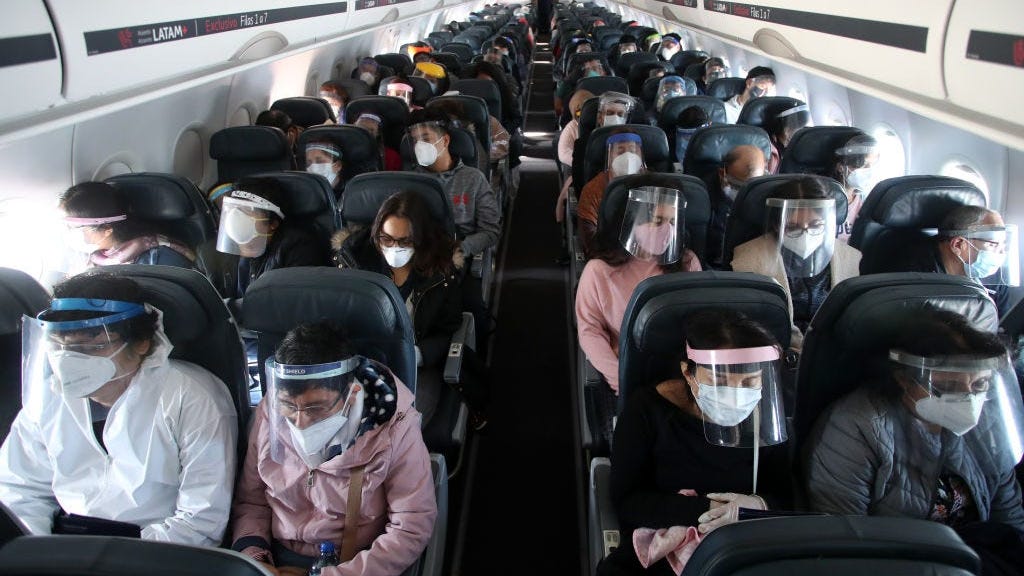 Low risk of contracting COVID-19 on airplanes if masks are worn, study suggests

Sunday, Dallas County reported two additional deaths: a Glenn Heights woman in her 50s and a Dallas man in his 50s. Both had underlying conditions as well.

Dallas County reported a total of 592 cases Sunday. Of those 592, 554 were new; 38 were from previous months, reported by the Texas Department of State Health Services.

Jenkins says allowing restaurants to open to greater capacity and giving counties the ability to let bars reopen could send a message it is safe for large groups to gather in one place.

"What happens is people hear that, they may not be going to a bar, but they think it's now safe to have friends over to watch the Cowboys' game," he says.

Jenkins has not allowed bars in Dallas County to reopen. All other counties in North Texas did let bars reopen last Wednesday.

The Texas Department of State Health Services announced 3,048 cases of COVID-19 and 30 deaths across the state Sunday. The state-wide rate of tests coming back positive is 8.3%.