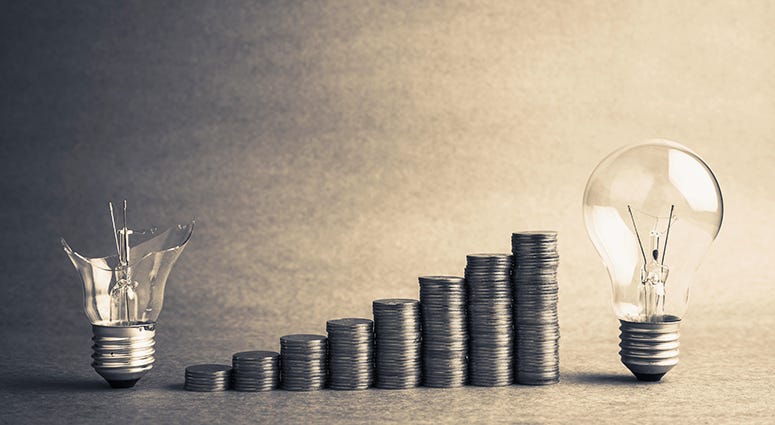 When the innovative light bulb illuminates with fresh ideas for business, you need to know how to separate the good ideas from those that aren't so good. Here are some helpful hints in evaluating business ideas and putting the great ones into action while eliminating the not so good ideas.

Is it original?
During brainstorming sessions, no idea is considered bad. Once everything is on the table, analyze and evaluate each idea closely as sometimes what looks like a bad idea on the surface is really a good idea once it's implemented. Do some research to determine whether or not your idea is truly original. To eventually copyright your idea, originality is very important. If you discover that others have thought of your idea before, but never acted on it, you may have a good idea that just needs to be improved upon or revisited with a different angle or approach.

Does it solve a problem?
Good ideas are born when there is a need for a solution to a problem. If your idea doesn't solve a problem, it is probably a bad idea. When you are familiar with a problem that needs to be solved, a good idea to solve the issue may come naturally. If it is a problem in an area with which you are unfamiliar, get acquainted with the people who deal with the problem everyday to ask as many questions as you need until a solution becomes clear.

Some good ideas started out as bad ideas
Don't rush to kick an idea to the curb just because it's unpopular from the start. Sometimes, it takes time to build on the idea. The Harvard Business Review explains that some ideas are not actually bad, but rather misunderstood. When Apple first started, it sold do-it-yourself computer kits, and the idea of YouTube began as a video dating service. Both were tweaked and developed into what others embraced as a great idea in the end.

Does it pass the eyebrow test?
According to Ian Siegel, co-founder and CEO of Zip Recruiter, the fastest way to know if your idea is a good one is by using what he calls the eyebrow test. It's very easy to do. Closely observe the reaction of others when telling them your idea. Specifically, watch whether their eyebrows go up with interest or if they furrow in confusion or dissatisfaction.

You need a salesman
Entrepreneur states that just having a great idea is not enough. For instance, while Mark Zuckerberg is the name behind Facebook's big idea, it took Sean Parker to sell it and make it take off. Likewise, without Ray Kroc, the McDonald's brothers' restaurants would have never been a household name. An idea in and of itself doesn't make it catch on; it takes someone to get behind the idea and sell the vision.