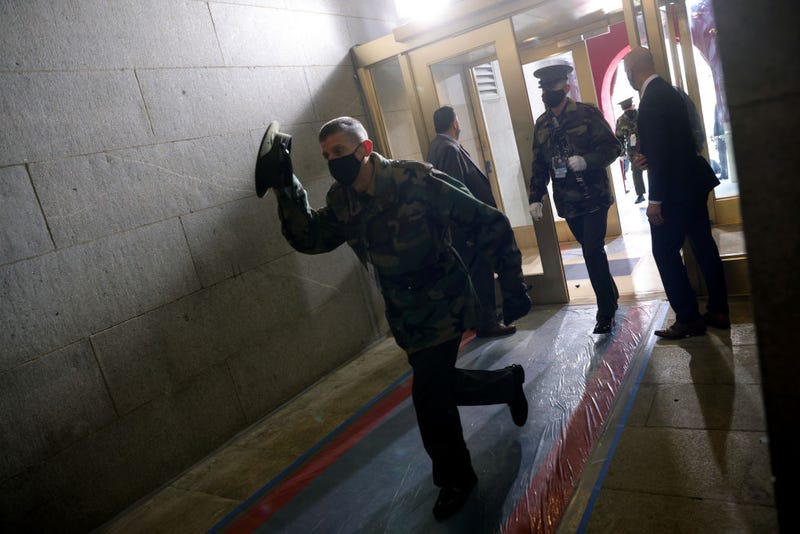 People are evacuated back inside after an "external security threat" prior to a dress rehearsal for the 59th inaugural ceremony for President-elect Joe Biden and Vice President-elect Kamala Harris at the U.S. Capitol on January 18, 2021. Photo credit Win McNamee/Getty Images
By WCBS 880 Newsroom
January 18, 2021 01/18/2021 3:56 pm

WASHINGTON, D.C. (WCBS 880) — Participants in Joe Biden’s inauguration rehearsal were evacuated as a precaution after a fire was discovered near the U.S. Capitol on Monday.

According to CBS News’ Weijia Jiang, a message was sent to all staff in the U.S. Capitol saying, “All buildings within the Capitol Complex: External security threat, no entry or exit is permitted, stay away from exterior windows, doors. If outside, seek cover.”

NEW: At 10:20am, Hill staffers received the following text per @ArdenFarhi:

“All buildings within the Capitol Complex: External security threat, no entry or exit is permitted, stay away from exterior windows, doors. If outside, seem cover. USCP”

Videos from Washington, D.C. had showed smoke rising into the sky from behind the Capitol Building.

Participants in the rehearsal were evacuated from the West Front of the Capitol as officials rushed to find the cause of the smoke. Some said security officials were yelling "this is not a drill" as they were told to head inside where they were directed to a secure location, the Associated Press reported.

Shortly before 11 a.m., officials confirmed there was no threat to the Capitol after confirming the source of the smoke was a fire located under the bridge on I-295 at First and F streets SE, which is reportedly the location of a homeless encampment.

It’s unclear if there were any injuries as a result of the fire.

The Capitol Police ordered a lockdown out of an abundance of caution, according to the AP.

Security officials are on high alert in Washington, D.C. this week as the nation prepares for President-elect Biden to be sworn into office on Jan. 20. 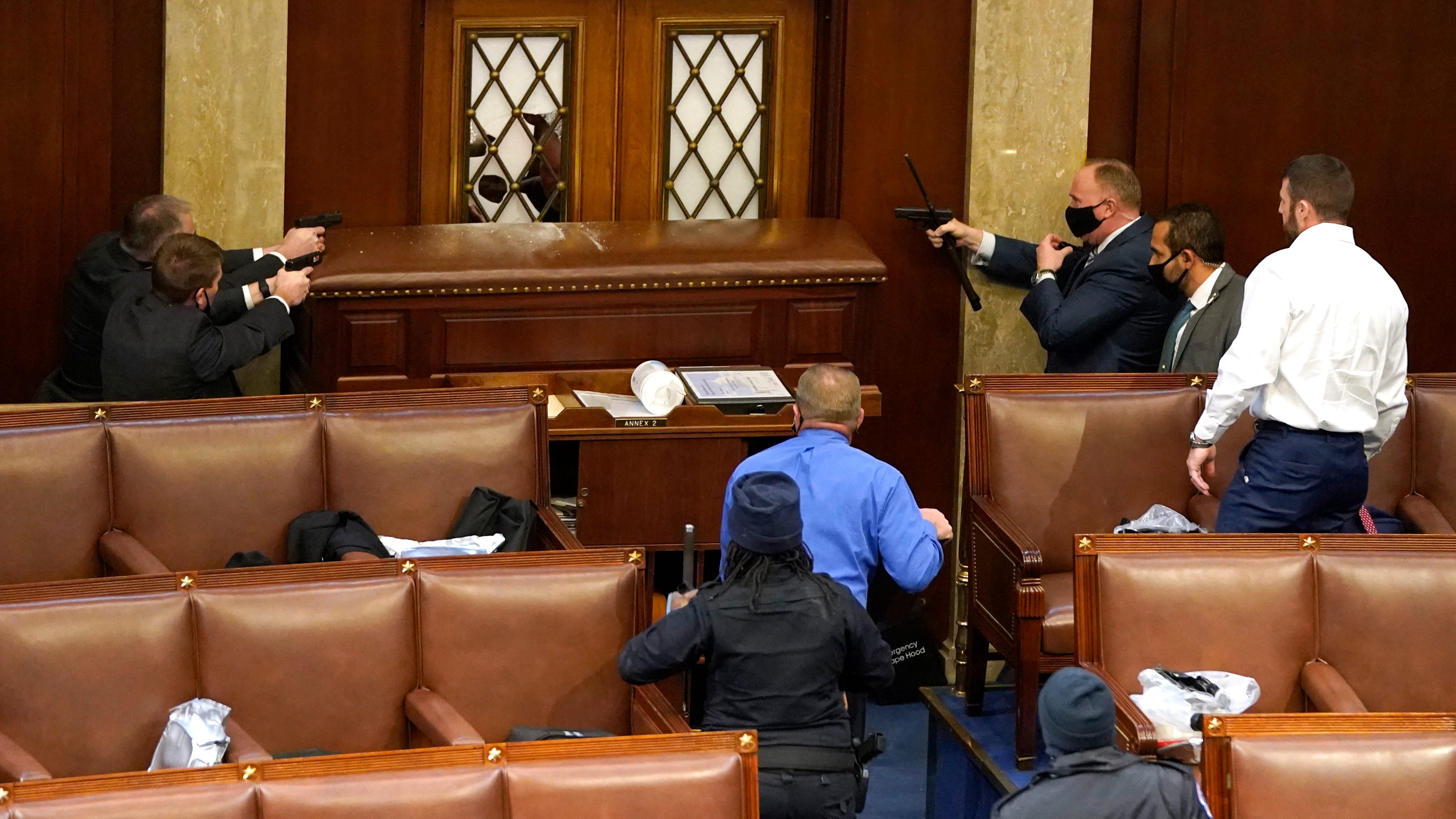 Thousands of National Guard troops are currently stationed throughout the city as the FBI has warned that some supporters of President Donald Trump may plan a second attack on the Capitol.

Two weeks ago, hundreds of pro-Trump rioters stormed the U.S. Capitol Building in an attempt to stop Congress from certifying Biden’s victory in the 2020 election.

While those rioters were unsuccessful, the event has sparked fear of similar events in all 50 states.