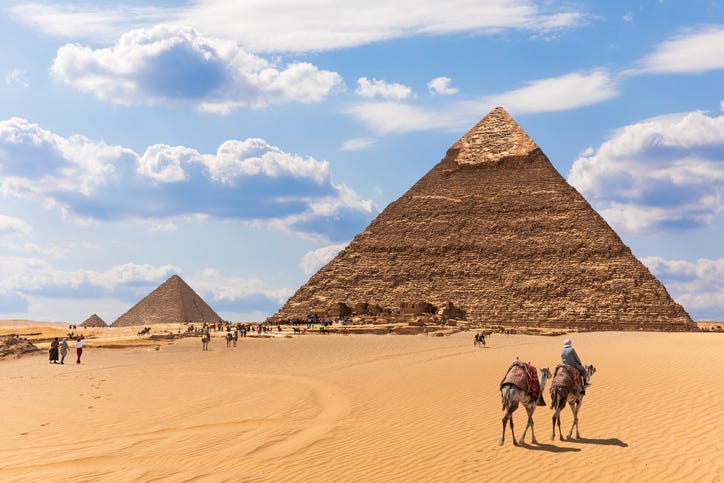 A famous Instagrammer with over three million followers managed to get the perfect ‘gram – but it came at a price. The influencer ended up doing jail time for his risky photo-taking session.

Vitaly Zdorovetskiy is a 27-year-old YouTube star and social media influencer who took to Instagram the other day to reveal the details of a run-in he had with an Egyptian jail. The photo features Zdorovetskiy atop an Egyptian pyramid, which is completely illegal.

“No words can explain what I just went through the past 5 days,” the influencer begins. “I was locked up in Egypt because I climbed the Pyramids of Giza. I’ve been in Jail many times but this one was by far the very worst.”

While the image that resulted from the risky climb turned out stunning, the Zdorovetskiy certainly paid a price. “I did it for a good cause and soon I’m going to share the whole video so the whole world can see,” the climber concluded, failing to detail what the “good cause” might be.

According to Yahoo!, Zdorovetskiy isn’t the first person to attempt the highly illegal venture up the side of a pyramid. In 2016, an 18-year-old tourist took a video of himself climbing the Great Pyramid, which ended up on YouTube. While the video garnered almost 3.5 million views, it also got the young man banned from Egypt for life.

A new law passed in 2019 states that anyone who attempts the law-breaking climb can be subject to at least a month in jail.