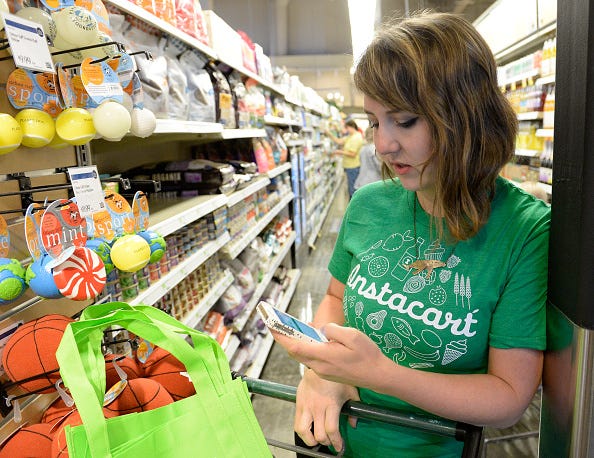 Instacart is set to lay off nearly 1,900 employees in supermarkets across the country, including its only unionized workers.

The grocery delivery company unveiled its plans this week to lay off about 1,877 of those in-store shoppers as part of a plan that shifts how grocery retailers use its services.

According to the company, the affected staffers work at stores that will start using their own employees to fulfill pickup orders placed through Instacart, a move that outraged the United Food and Commercial Workers International Union, who have been pushing for stronger protections for grocery workers during the COVID-19 pandemic.

“Instacart firing the only unionized workers at the company and destroying the jobs of nearly 2,000 dedicated frontline workers in the middle of this public health crisis, is simply wrong,” Marc Perrone, the union’s international president, said in a statement.

The company said the layoffs are not a result of unionized workers but from retailers’ decisions to use their own workers rather than Instacart’s to fulfill orders.

In his letter to the union, lawyer Joseph Santucci cites that it is "significantly more expensive on a cost-per-delivery basis” for Instacart to use in-store shoppers in certain retailers compared to its full-service contractors, who are able to fulfill orders and deliver them instead of just picking items up from the store-based workers.

The San Francisco-based startup, which is reportedly preparing to go public this year, says it will transfer laid-off shoppers to other stores with open positions or try to help them get hired by the retailer that runs the store they currently work at.

Santucci added that those who are cut will get severance payments ranging from $250 to $750 depending on experience.

“We know this is an incredibly challenging time for many as we move through the COVID-19 crisis, and we’re doing everything we can to support in-store shoppers through this transition,” Instacart said in a statement.