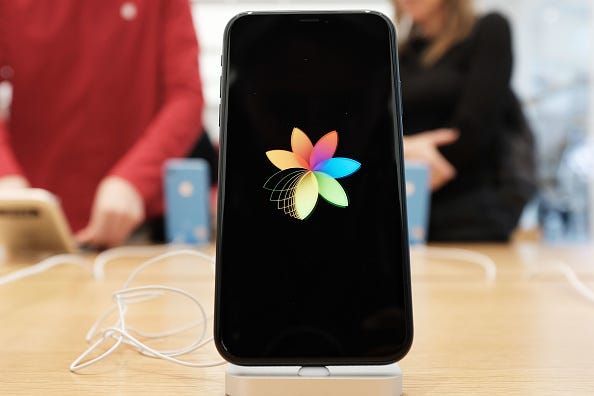 Apple is set to introduce its latest upgraded batch of iPhones and other devices at their annual media event on Tuesday, according to CNN.

Following in the footsteps of last year’s mid-range iPhone XS, supersized iPhone XS Max and “budget” version iPhone XR, this year the tech giant will launch the iPhone 11 Pro, the iPhone 11 Max and the iPhone 11, respectively

It's coming soon. Tap ❤️ below to get reminders and news around the #AppleEvent. Watch it live on September 10 at 10 a.m. PDT on https://t.co/yLa2e4Xr2R pic.twitter.com/Pq6OFGH88p

Rumors are the company is waiting to make more dramatic changes in 2020, so this year’s models will only offer incremental changes, most significantly with its camera.

The top tier iPhone 11 will reportedly have three rear-facing cameras, as opposed to the standard two, which will offer better zooming and higher definition.

Other reported upgrades include a new chip that will allow for faster processing and an improved Face ID that can sense your face from different angles.

The new phones aren’t expected to look much different from the X, but there are reports it will be a millimeter thicker and more shatter-resistant.

Software upgrades are expected to include a dark mode feature to save battery life and be easier on the eyes when you’re scrolling your social media feeds late at night in bed.

Other products expected are an Apple Watch 5 Series with possible ceramic and titanium finishes, and a new Apple TV device.

Unfortunately, the new iPhones are not expected to support 5G as most experts believe Apple is waiting to roll that out in 2020.

As far as pricing, you won’t be getting a break as customers should expect to shell about the same as the X series with each new 11 model starting around $1000.

All the specific details about the iPhone 11 will be revealed at the Apple Special Event at 10 am PDT.