First lady Jill Biden paid a visit to National Guard troops stationed outside the U.S. Capitol Friday afternoon, bringing them baskets of chocolate chip cookies to thank them for protecting the nation's capital.

"I just wanted to come today to say thank you to all of you for keeping me and my family safe. I know that you left your home states,” she told the troops. 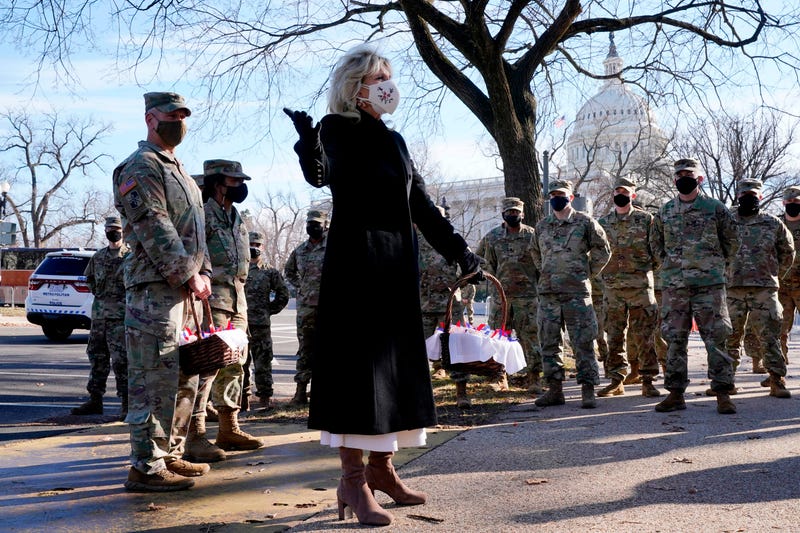 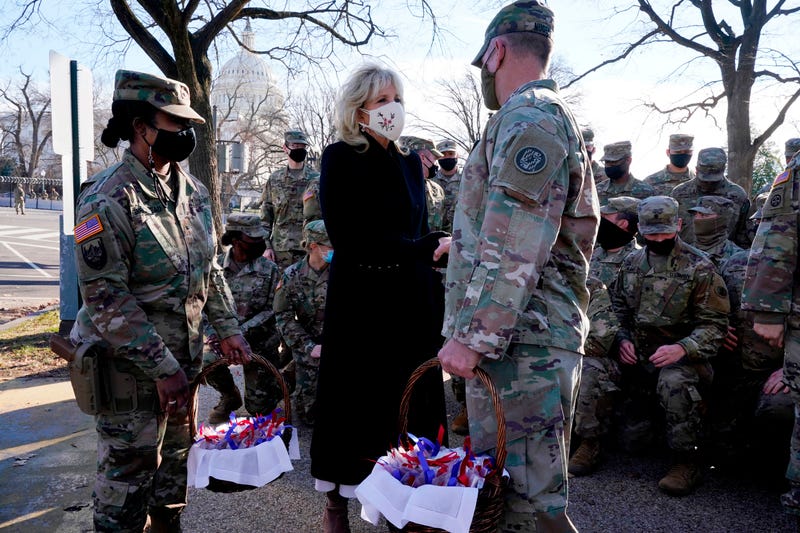 Biden told them that the Bidens are a "National Guard family" because their late son, Beau, served for the branch.

"Our son Beau was Delaware Army National Guard,” she said. "He served for a year in Iraq from 2008 to 2009. So I’m a National Guard mom and when I saw … all that you’ve done and you left your home states and you’ve come here … I just wanted to say thanks from President Biden and my entire family." 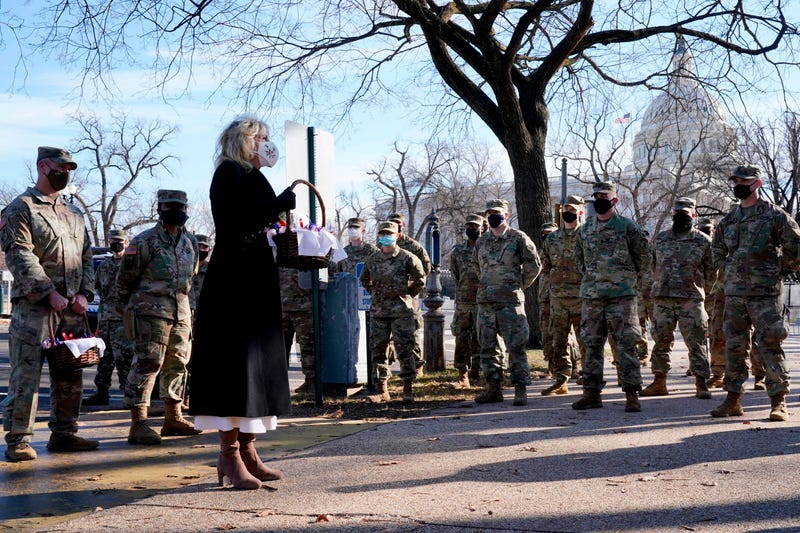 Holding baskets of cookies, she said, "The White House baked you some chocolate chip cookies." She added, laughing, "I can’t say that I’ve baked them all myself."

"So I wanted to give you each a cookie just as a small thank you for your service and your families’ service," she said. "I truly appreciate all that you do. The National Guard always holds a special place in the hearts of all the Bidens. So thank you." 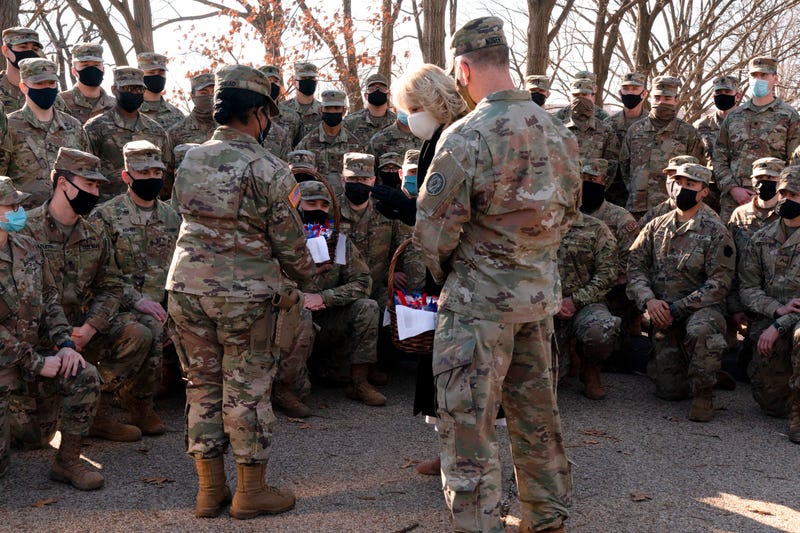 First lady Jill Biden talks with members of the National Guard, after surprising them with chocolate chip cookies and posing for photos outside the Capitol on January 22, 2021, in Washington, DC. Photo credit JACQUELYN MARTIN/POOL/AFP via Getty Images

"I just wanted to come today to say thank you to all of you for keeping me and my family safe ... The White House baked you some chocolate chip cookies." pic.twitter.com/lv33IZeblq

Biden's visit came after National Guard troops were vacated from resting inside the the U.S. Capitol and forced into an unheated parking garage, prompting widespread condemnation. It was unclear why the troops were moved.

But on Friday, U.S. Capitol Police and National Guard confirmed that off-duty troops will now be housed in "hotel rooms or other comfortable accommodations" and that troops may take "on-duty breaks" in appropriate areas of Capitol.