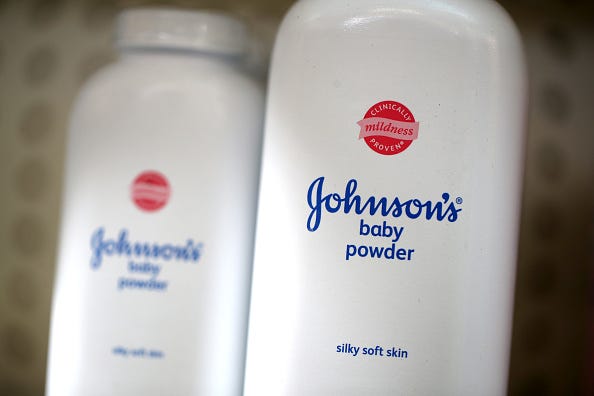 Johnson & Johnson is making some necessary changes to their baby powder formula.

On Tuesday, the company announced that it will discontinue sales of the talc-based powder in the United States and Canada.

The move comes on the heels of thousands of lawsuits that claim the powder contains asbestos, according to CBS.

The company has vehemently denied those claims and stood by their product.
They claim that their decision to discontinue the product is due to declining sales.

WGN reports sales of the powder dropped 60% in the last three years.

"Demand for talc-based Johnson's Baby Powder in North America has been declining due in large part to changes in consumer habits and fueled by misinformation around the safety of the product and a constant barrage of litigation advertising," the company said in a statement.

According to CBS, the lawsuits began piling up in 2019. After FDA regulators found small traces of asbestos, a carcinogen, the company was forced to issue a recall on 33,000 bottles. Johnson & Johnson conducted its own tests on the same bottle and clarified they found no asbestos.

"Johnson & Johnson remains steadfastly confident in the safety of talc-based Johnson's Baby Powder. Decades of scientific studies by medical experts around the world support the safety of our product," the company added in the statement. "We will continue to vigorously defend the product, its safety, and the unfounded allegations against it and the Company in the courtroom."

Production of talc-based baby powder will cease in both the U.S. and Canada. Existing bottles are still available for sale until they run out. Those who need baby powder can still purchase the company's cornstarch-based product.

The talc-based product will still be sold in countries where there is a “higher consumer demand.”