Saying goodbye to a loved one is never easy, but in light of the coronavirus pandemic, it’s become even harder.

One family was forced to say goodbye to their dying mother while standing outside of her hospital room, only able to communicate through a walkie-talkie.

Sundee Rutter, a mother of six and a stage 4 breast cancer survivor, died from the novel disease just two weeks after showing symptoms.

She first began exhibiting symptoms on March 3. She had a fever and labored breathing, which are the most common signs of coronavirus, but when she went to the hospital, she was turned away.

A few days later, she returned and was admitted to be treated for pneumonia. She tested positive for coronavirus shortly after.

About a week later on March 16, the doctors called the children who gathered outside of the 42-year-old’s hospital room to say goodbye. Since the virus is so contagious, they weren’t allowed inside. 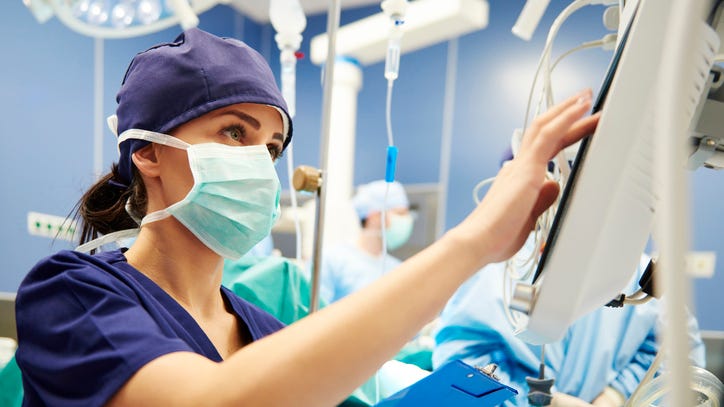 Instead, they stood behind the glass window and spoke into a walkie-talkie. The receiver was placed by their mother’s pillow on her hospital bed.

“I told her I love her … she shouldn’t worry about the kids,” Ross-Rutter, Sundee’s child told BuzzFeed News.

“Like, I’m about to lose my best friend and she can’t even hear me,” he added.

The children were initially allowed to visit her with a face mask on, but that changed rapidly as her symptoms worsened.

“For a while, she was able to text,” Ross-Rutter explained, but said as she began feeling more and more ill, her responses became emojis.

Rose-Rutter called Sundee, who survived cancer treatments and had a weaker immune system, a “supermom.”

Her oldest daughter, Alexis Rutter, said her mom fought to remain optimistic and strong. “She stayed so strong and so positive through it, I really couldn’t tell how sick she was because of her joy and strength,” she told PEOPLE. “That is, until things took a turn for the worst.”

“We were just reaching the light at the end of the tunnel,” Alexis says of her mother's battle with cancer. “She finished chemotherapy, went through a double mastectomy and had finished radiation and things were just starting to seem like they were taking a turn for the better.”

A GoFundMe page was set up on behalf of the children who are in college, high school, and middle school.

It notes that the children have had a tough few years as their father died a few years ago.