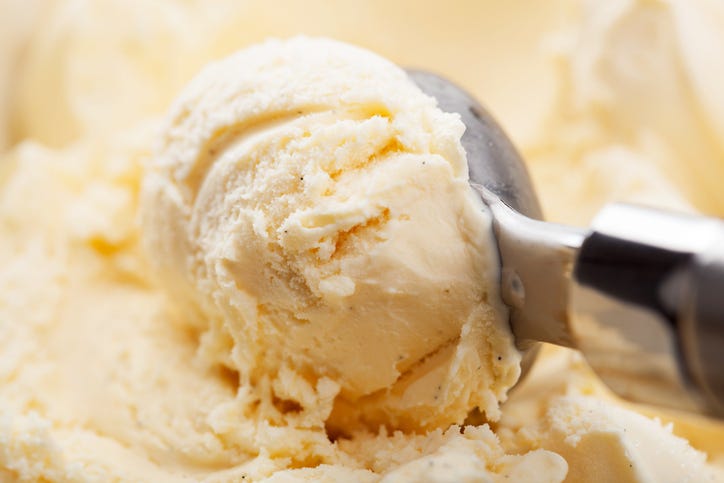 One woman is taking a stand against an M&M’s ice cream flavor.

In fact, she’s so upset with the vanilla flavor that she filed a class-action lawsuit against Mars, Inc., the manufacturer of the ice cream.

According to TMZ, Sherise Richardson claims that the bars are not made from real vanilla and the word "vanilla" is misleading consumers.

The publication states that her detailed suit even includes an explanation of federal regulations surrounding vanilla.

The suit alleges that consumers who purchase “vanilla ice cream” expect it to be flavored with vanilla derived from vanilla beans. If it isn’t, the label must reflect that and the product cannot be labeled as or sold as vanilla.

Richardson backs up her claim that the bars -- which are labeled "vanilla" on the front packaging -- are not made with real vanilla by pointing out that the ingredients list on the back indicates the flavors have been derived from non-vanilla sources.

Since she filed a class-action suit, Richardson is hoping others are just as passionate about the real vs. fake vanilla debate.

Anyone who was bamboozled by the falsely advertised product can join the suit and hope for a payout.

Per TMZ, Richardson also believes the ice cream should be cheaper than the list price of $5.99 because of its lack of real vanilla flavoring.

This isn't the first time an ice cream company has been accused of mislabeling their products.

In October, Wegmans was also hauled to court over its vanilla ice cream.

A statement from Wegmans said they take great pride in the quality of Wegmans brand products and the labeling of the ice cream fully complies with all regulations and industry standards and is not misleading in any way.