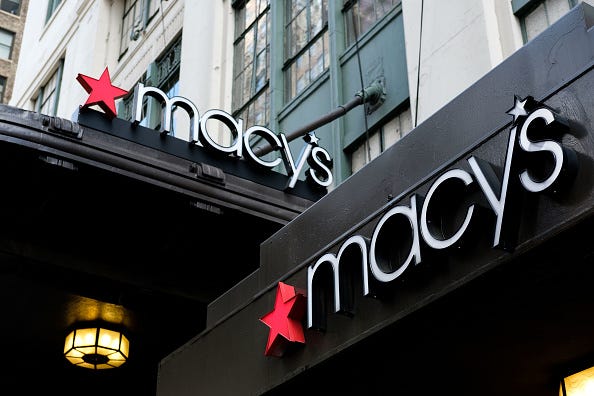 The department store is on the cusp of closing more than two dozen stores around the US in the upcoming months.

According to CNN Business, the company will close 28 Macy’s locations and one Bloomingdale’s location in several states including California, Illinois, and Florida.

The closures come on the heels of an earnings report that indicates holiday sales in November and December have declined 3.9%.

Despite the downturn, Macy’s CEO Jeff Gennette remained optimistic explaining that sales were "steeper than we expected." He blamed external factors such as warm weather and fewer tourists shopping.

Macy’s isn’t the only retailer struggling as Pier 1 Imports announced on Monday that it would close shutter nearly half of its stores.

While Macy’s said the full list of closures will be available at its upcoming investor day on February 5, USA Today reports that the following locations are expected to close:

Maryland
Salisbury: The Centre at Salisbury