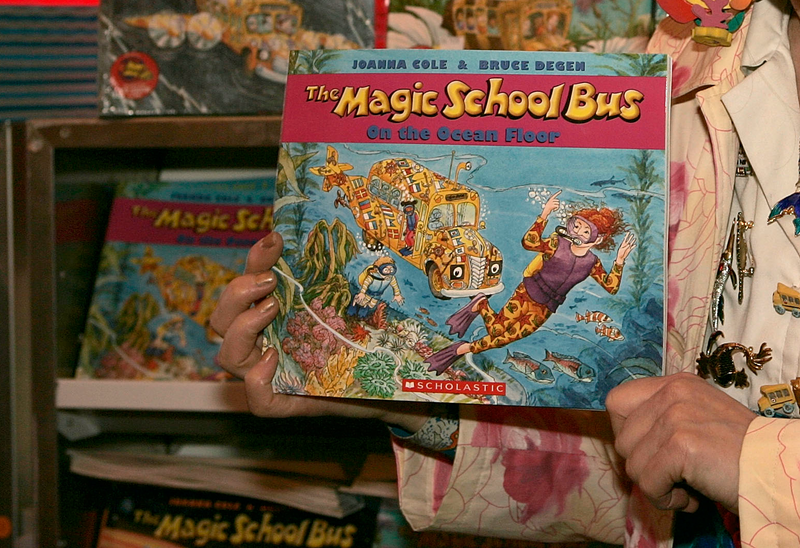 Joanna Cole, the author behind the successful and beloved “Magic School Bus” book series, has passed away.

Children’s book publisher, Scholastic, announced that the Sioux City, Iowa resident died on July 12 at the age of 75.

According to NBC News, the cause of death was Idiopathic Pulmonary Fibrosis.

“Joanna Cole had the perfect touch for blending science and story,” Scholastic Chairman and CEO Dick Robinson said in a statement Wednesday. “Joanna’s books, packed with equal parts humor and information, made science both easy to understand and fun for the hundreds of millions of children around the world who read her books and watched the award-winning television series.”

Cole’s stories inspired generations of children who were drawn to the eccentric Ms. Frizzle and a magic school bus to make learning science fun, insightful, and educational.

The book series, originally created in 1986 and based on Cole’s middle school teacher, took children on adventurous field trips that explored how the solar system works, underwater life, and even gave an up-close look at the interior of the human body.

The one-of-a-kind series sold tens of millions of copies before spinning off into a TV show that aired on PBS for 18 years.

At the time, Lily Tomlin voiced Ms. Frizzle before handing over the mantle to “SNL” comedian Kate McKinnon in 2017. McKinnon infused the intrepid teacher with new life for the updated Netflix series.

“The Magic School Bus” will live again as plans for a live-action adaptation film with Elizabeth Banks in the role of Ms. Frizzle were announced last month.

Sad to read this news tonight. Sending love to Joanna’s family. These books have brought so much joy to children for so many years and I am so honored I get to help shine a light on the legendary Ms. Frizzle. https://t.co/YAYEtt8CUT

Banks paid tribute to Cole on Twitter following the news, writing, “Sad to read this news tonight. Sending love to Joanna’s family. These books have brought so much joy to children for so many years and I am so honored I get to help shine a light on the legendary Ms. Frizzle.”

music
Camila Cabello Is Working on 'Lots of New Music'
music
Chris Janson Tells Us Why His New Number One Means a Lot More: 'A Great Blessing'
music
Why Cardi B Joined OnlyFans: 'Y'all Gonna Get a Reaction Outta Me, But Y'all Got to Pay'
music
Luke Combs Shares Another Photo From His Wedding: 'Still Seems Like a Fairytale'
music
A Selena Gomez and BLACKPINK Collab Is Coming: Everything We Know
music
The Weeknd, Roddy Ricch, and Maluma to Perform at MTV VMAs