And now we know why there’s a hand sanitizer shortage.

As news of the coronavirus outbreak began picking up steam, hand sanitizer became quite a hot commodity.

Brothers Matt and Noah Colvin attempted to take advantage of the demand. They told The New York Times that they visited several stores in Chattanooga, Tenn. and Kentucky and filled a U-Haul with 17, 700 bottles of hand sanitizer in order to turn a profit. They also bought a ton of respirator masks.

Their idea to make a quick buck was effective at first as they sold roughly 300 bottles at prices ranging between $8 to $70 each.

A post shared by The New York Times (@nytimes)

However, just like with the face-masks, Amazon quickly cracked down on exploiting a health crisis otherwise known as price gouging.

With so many people trying to gain from the situation, Amazon released a statement explaining, “Price gouging is a clear violation of our policies, unethical, and in some areas, illegal. In addition to terminating these third party accounts, we welcome the opportunity to work directly with states attorneys general to prosecute bad actors.”

Matt told the publication they felt "whiplash" as they went "from being in a situation where what I’ve got coming and going could potentially put my family in a really good place financially to ‘What the heck am I going to do with all of this.'"

He also didn't believe they were price gouging at all as they claimed they were "filling a demand" and explained that the cost included labor, Amazon fees, and $10 in shipping. 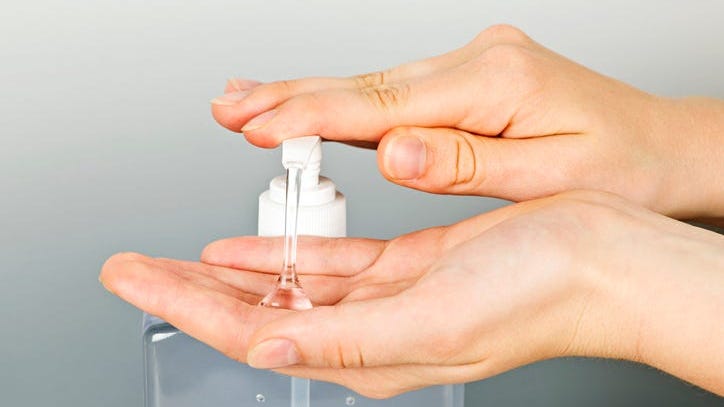 Student Suspended from School for Selling 'Squirts' of Hand Sanitizer

The general public and many medical professionals would beg to disagree as one nurse called their actions “selfish." Many folks have been met with empty shelves at stores while hospitals, the first line of defense, are forced to ration.

It turns out, there's a lesson in all of this. Before the article was published, Matt was still eager to turn a slight profit, but after publication, he quickly assured that he would find a way to donate the in-demand goods instead.

So, who needs hand sanitizer? We know a guy.