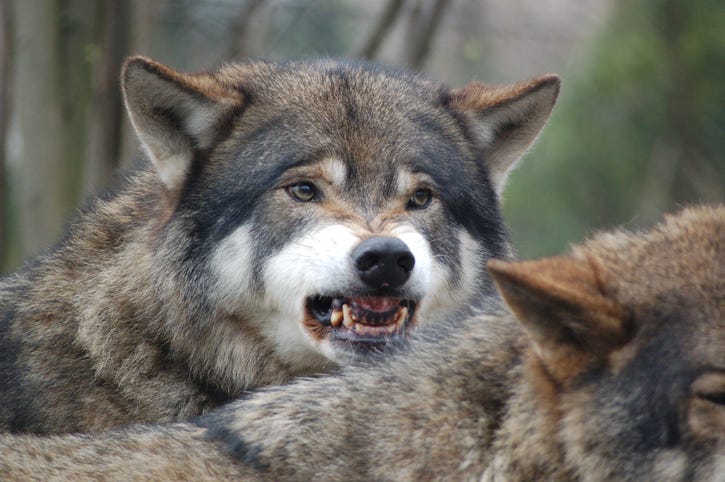 A family camping trip went completely awry when a couple and their two young boys were attacked by a wolf in their sleep.

Elisa Rispoli from Morris County, New Jersey took to Facebook last Friday to recount the experience she and her husband Matt had while on a camping trip in Canada with their two sons. The gruesome details were too much for many commenters to fathom.

“It was like something out of a horror movie,” she wrote. “Matt literally threw his body in front of me and the boys, and fought the wolf as it ripped apart our tent and his arms and hands.”

This is a hard thing to post, since I haven’t fully comprehended that it happened yet. Last night, while sleeping in our...

“I laid my body on top of the kids and Matt pinned the wolf to the ground and help open its jaw with his hands,” she recalls. It was then that the wolf began to “drag Matt away,” leaving Rispoli clinging to his legs in a desperate attempt to get him back.

The fiasco wasn’t as simple as just throwing a few punches at the wolf. The angry animal would not let up, and the family was left screaming for help.

“A guardian angel from the tent site next to us, who we later found out was named Russ, heard our screams and came over to our site and kicked the wolf and it finally let go of Matt,” she wrote.

The four of them along with the good Samaritan ran back to a mini van for safety while keeping the wolf at bay by throwing large rocks.

The family is okay now, but Rispoli reveals that they are still “pretty traumatized" from their family vacation gone sour.