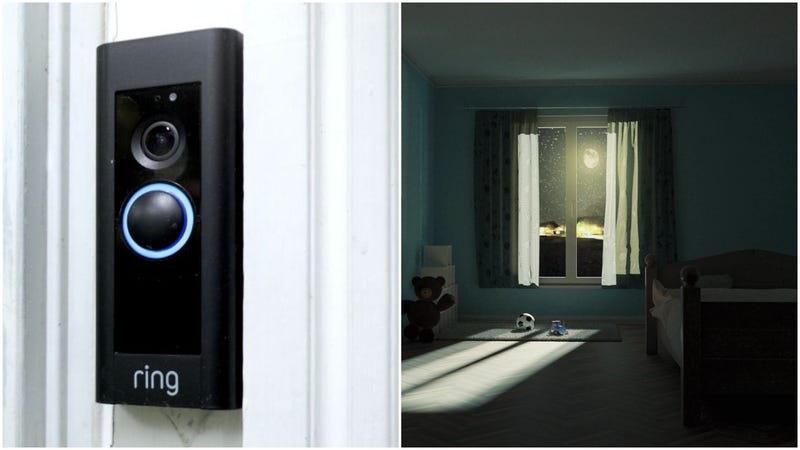 For kids, it doesn't get more holly and jolly than Santa Claus.

But one little girl was shaken after a chilling encounter with a voice in her room who claimed to be St. Nick.

This is what happened when a man spoke to a girl through a hacked Ring camera in her bedroom, according to TODAY.

The LeMay family, who lives in Memphis, Tennessee installed the camera to keep an eye on their young daughters.

Several days later, the family said a stranger hacked into their device and talked to one of their daughters.

The eerie footage reveals the young girl asking "Who is that?" with the man instantly responding that he is her best friend.

"I'm Santa Claus. Don't you want to be my best friend?" he asked.

In an instant, the little girl frantically calls her mother for help.

The hacker also played strange music for the girl and urged her to break stuff in her room.

"You can mess up your room. You can break your TV," the man said. "You can do whatever you want."

Ashley LeMay, the girl's mother, expressed concern when she figured out that this was happening. She said the man could have seen her daughter's either sleeping or changing.

"They could have seen all kinds of things," LeMay said.

Ring sent a comment to the NBC affiliate in Memphis.

The company's statement read, "While we are still investigating this issue and are taking appropriate steps to protect our devices based on our investigation, we are able to confirm this incident is in no way related to a breach or compromise of Ring’s security."