With so much going on in the world, motorists in Canada are now being urged to not let moose lap up the road salt from their cars.

Apparently, moose like the taste of salt on winter roads and especially love it off people’s automobiles.

The licking has gotten so prevalent that officials have had to put up signs reminding drivers of the precarious situation, reported Yahoo.

The signs, which read “Do not let moose lick your car,” were spotted on Maligne Lake Road in Jasper, Alberta and shared on social media.

“Oh hi, moose. We have strict instructions about your snack habits,” a user captioned the photos.

This guy. We saw him both on our way to and from Maligne Lake. pic.twitter.com/16EGwWpEV7

For those that question the phenomenon, another person quickly shared an image of a moose caught in the scandalous act.

While it may sound funny to many, Canadian authorities see it quite differently.

“(This) started as an occasional issue a few years ago and now is too common,” Jasper National Park spokesman Steve Young told local outlet Fitzhugh.

“People are getting far too close, and it’s perpetuated by their (the moose's and not human's) obsession with salt, accessing the vehicles,” he added. 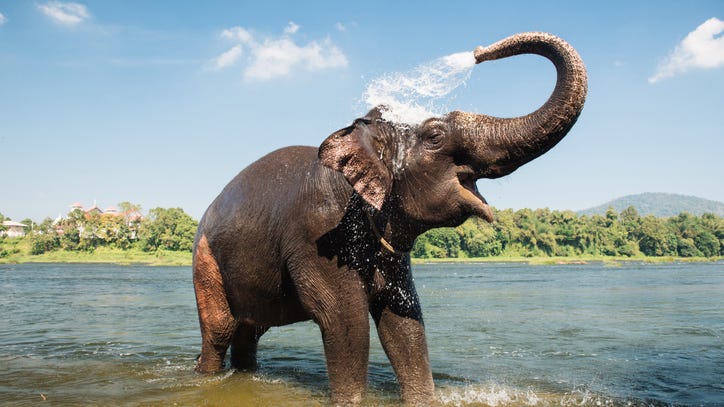 Due to the rise in popularity, Jasper National Park now prohibits people from getting out of their vehicles to interact with wildlife on the road. In addition, any one who feeds, entices, or disturbs wildlife in the park could be fined up to $20,000.

If a moose starts to maneuver its way to your vehicle, officials suggest honking your horn to scare them away and prohibit the licking from commencing.