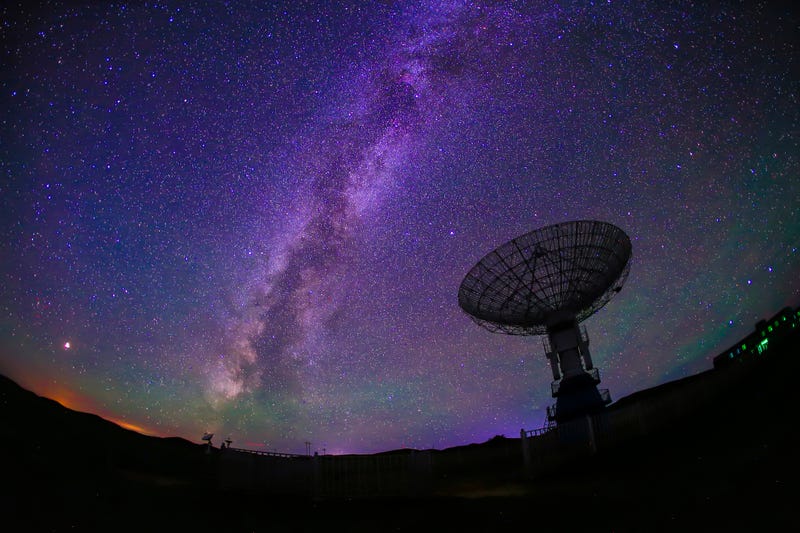 A mysterious radio signal that occurs at fixed intervals has been detected in outer space.

Researchers discovered a series of "fast radio bursts," brief pulses of radio waves, that occurred in a fixed pattern every 16.35 days, reports CNN.

During each interval, the burst would be detected about once an hour for four days, then go silent for 12 days before the next occurrence.

The signals were traced by to a galaxy about 500 million light-years away.

The detections were made between September 2018 and October 2019 by researchers with the Canadian Hydrogen Intensity Mapping Experiment/Fast Radio Burst Project collaboration, who included the findings in a moderated but not fully peer reviewed paper.

"The discovery of a 16.35-day periodicity in a repeating FRB source is an important clue to the nature of this object," the study read.

According to the study, this is the first time astronomers have found a consistent, reliable pattern in signals. It is one of the steps researchers use to figure out where the bursts are coming from.

In their study, the researchers consider possible causes, like a celestial object in motion or that acts as a companion in the outskirts of the galaxy.

A different paper, written after consultation with the researchers who discovered the pattern, suggests the signal could be coming from a neuron star.

The origin is unlikely to be aliens, according to a statement from Massachusetts Institute of Technology. The signals occur on such an "extreme scale" in space.

"Even a highly intelligent species would be very unlikely to produce energies like this," the institute said.