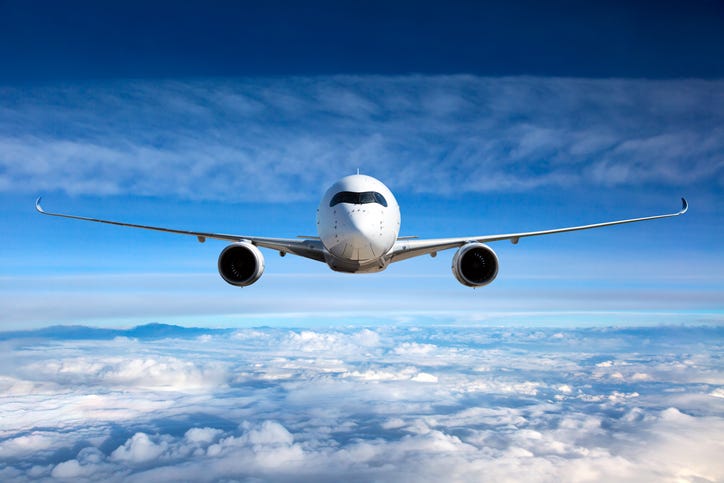 An airline has taken flying the friendly skies to a whole new level.

71-year-old Air Canada passenger Elizabeth Coffi Tabu was on her way back to her home in Paris after spending a month with family in Canada when a delayed flight forced her to miss a connection in Montreal.

Since there were no available flights until the morning, the airline offered her and another stranded 35-year-old male passenger accommodations in a nearby hotel, but they would have to share a room together, according to CNN.

The woman, who was in a wheelchair and recovering from cancer treatment, didn’t have cellular reception and agreed to go to the hotel with the man.

Things got even more complicated as the room the hotel had available only had one bed. Trying to make the most of an awkward situation, the male passenger agreed to take the sofa.

“He was a perfect gentleman,” Tabu’s daughter Mahele Nyota later told the outlet. “But I obviously felt uncomfortable with my mom spending a night with a man half her age, a man that’s a total stranger!”

Nyota was able to finally connect with her mother and after spending three hours on the phone with both the hotel and Air Canada was able to secure her mother her own room at another hotel.

"It is not our policy to have passengers who are not traveling together share a room," Air Canada said in a statement. "In this case an error was initially made allocating rooms."

For her trouble, the elderly woman was given a $250 flight voucher, two $10 food vouchers and a seat with extra legroom on a flight back to Paris.

Tabu finally made it home safely 24 hours later than originally planned and with one insane story!