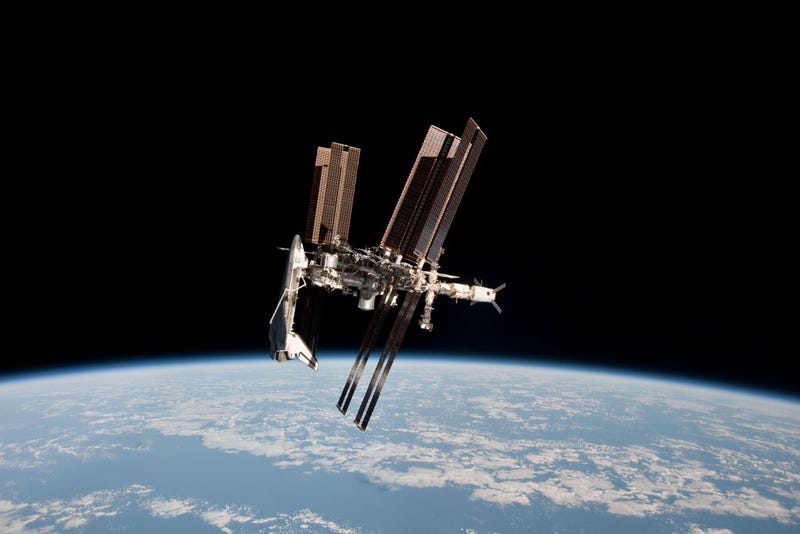 History has now been made as two female astronauts embark on the first all-female spacewalk outside the International Space Station.

NASA astronauts Christina Koch and Jessica Meir began their adventure orbiting outpost just before 8 a.m. this morning. Their mission will consist of them replacing a broken battery charger. Both women will spend over five hours doing this.

According to NASA the units have previously been replaced by a robotic arm. The organization said the newly failed unit is too far away for it to reach.

LIVE NOW: Tune in to watch the first #AllWomanSpacewalk in human history! 👩🏻‍🚀

Starting at approximately 7:50am ET, @Astro_Christina & @Astro_Jessica venture into the vacuum of space to replace a failed power controller. Watch: https://t.co/2SIb9YXlRh

NASA reported that the battery charge discharge unit (BCDU) regulates the charge to the batteries that collect and distribute solar power to the orbiting lab's system. This is the first time all space walkers are women, and it's the 43rd spacewalk to include women.

Koch is designated extravehicular crew member 1 (EV 1) wearing the suit with red stripes and her helmet camera is labeled #18.

Meir is designated extravehicular crew member 2 (EV 2), wearing the suit with no stripes and a helmet camera #1.

.@EmilyOrscheln from Mrs. Harrison's environmental science class wants to know, "How long did the battery last that you are replacing?" #AskNASA | https://t.co/yuOTrZ4Jut pic.twitter.com/ZygIx9Ld31

This will be the fourth spacewalk for Koch and the first for Meir. CNN reported that based on their position on the platform, the astronauts will be able to see Earth pass beneath their feet.

According to CNN, a fellow NASA astronaut Tracy Dyson said she hopes an all-female spacewalk will become a normal occurrence. NASA said the first woman who took part in a spacewalk was Russian cosmonaut Svetlana Savitskaya in 1984, followed closely by NASA astronaut Kathy Sullivan.

An additional 12 U.S. women have participated in 40 spacewalks over the past 35 years.