• As the debate ended, candidates offered their closing statements. Here is what some of them had to say:

Elizabeth Warren: "But the problem here that we need to focus on is, first, how widespread gun violence is. It’s not just about mass shootings. It’s what happens in neighborhoods all across this country. It is about suicide, and it is about domestic violence."

Bernie Sanders: "And there is no job that I would undertake with more passion than bringing our people together around every agenda that works for every man, woman and child in the country this country rather than the corporate elite and the one percent.”

Joe Biden: "We’re fighting for the soul of America."

• Elizabeth Warren has not been shy about taking on Facebook. Warren does not agree with the company allowing candidates to lie in political ads. After Facebook declined to remove an ad posted by Trump that had unsubstantiated allegations against Biden, Warren posted an ad falsely claiming Facebook supported Trump’s re-election campaign, wanting to see how far Facebook would go. "We intentionally made a Facebook ad with false claims and submitted it to Facebook's ad platform to see if it'd be approved," she tweeted. "It got approved quickly," Warren said.

• Beto O’Rourke and Pete Buttigieg had a disagreement over O’Rourke’s proposed mandatory buy backs of assault-style rifles. Buttigieg said that O’Rourke’s proposal is impractical. “You just made it clear that you don’t know how this is going to take weapons off the street,” he said. “If you can develop the plan further, we can have a debate. But we can’t wait,” Buttigieg said.

• Former Housing and Urban Development Secretary Julián Castro said President Trump is “caging kids on the border” and he is “effectively letting ISIS prisoners run free” in Syria. "He has made a tremendous mistake, a total disaster in Syria," Castro said.

• As democratic candidates are debated in Ohio, President Donald Trump vetoed the Senate bill that would end his emergency declaration to obtain money for the wall he wanted to build for border security.

• Sen. Kamala Harris voiced her concerns around women’s health care. “This is the sixth debate we have had in this presidential cycle. Not one word with all of these discussions about health care, on women’s access to reproductive health care. It’s outrageous,” Harris said.

• At the start of the debate, moderators asked candidates about the impeachment inquiry into President Trump. Former Vice President Joe Biden has been at the center of the inquiry. He was asked about his son Hunter’s ties with Ukraine. Biden said, "My son did nothing wrong. I did nothing wrong.”

The race continues as Democrats gear up to debate on the path to face President Donald Trump in the 2020 election.

On Oct. 15, Democratic candidates will take the stage at Otterbein University in Westerville, Ohio.

The debate will feature 10 candidates who appeared at last month’s debate in Houston, Texas, as well as two more candidates who have qualified to appear. Qualifying candidates had to meet the Democratic National Committee’s requirements: having 130,000 individual donors and receiving two percent support in at least four qualifying polls.

Here are several things to expect as candidates make their case for the presidency. 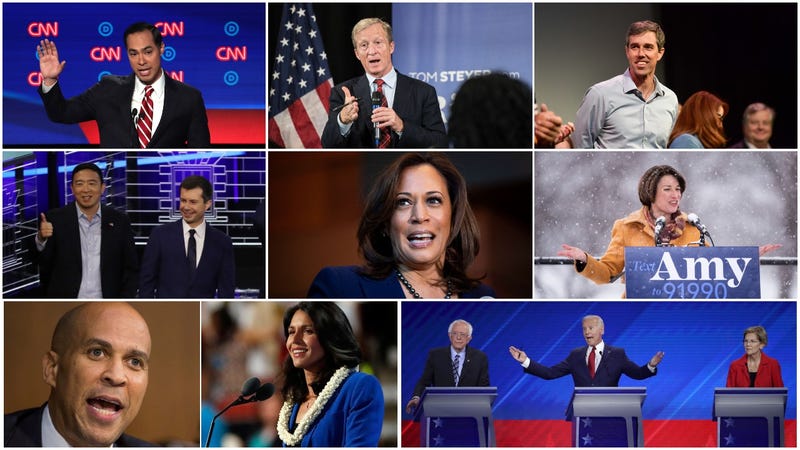 Where is The Debate?

The debate will take place at Otterbein University in Westerville, Ohio. “This is a historic opportunity for our students to join in the democratic process,” Otterbein President John Comerford said. “This university has a proud history of growing an informed, engaged citizenry. Our students will have a front row seat to the power of democracy.”

In the past, Otterbein University has hosted several Republican presidential candidates, including Mitt Romney in 2012, John McCain in 2008 and Bob Dole in 1996. In March of 2018, Otterbein was the host site for former Ohio Governor John Kasich’s final State of the State Address to the Ohio Legislature.

Who will break out at the next debate? The 2020 race heats up at the CNN/NYTimes Democratic Presidential Debate. Starts Tuesday 8 p.m. ET LIVE on CNN. #DemDebate pic.twitter.com/KkwKradgF2

Where Can You Watch the Debate?

You can watch the debate LIVE on CNN from 8:00PM to 11:00PM (EST). The will be moderated by CNN anchors Anderson Cooper and Erin Burnett and The New York Times' National Editor Marc Lacey. Tuesday will be a crucial chance for lower-polling candidates to make a case for their platforms before they face the stricter requirements to appear in the November debate. 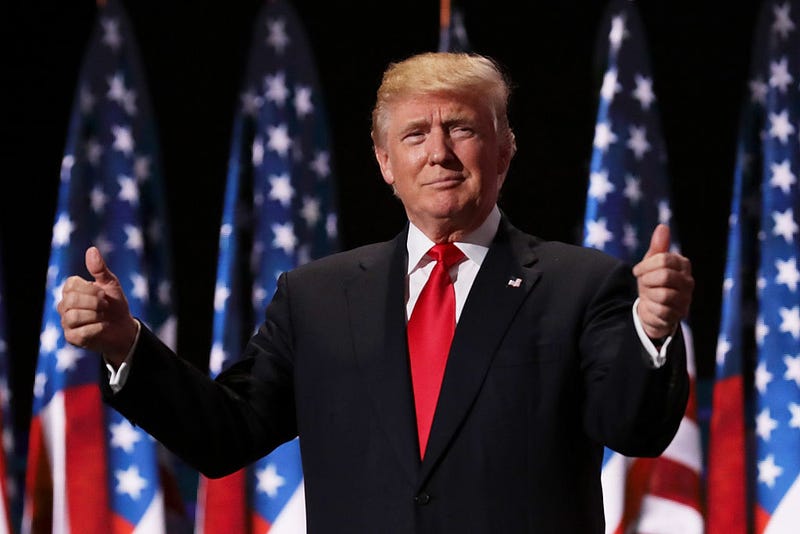 It is likely that the impeachment inquiry involving President Donald Trump will be the main focus of the night. Biden joined others in calling for his impeachment during a speech in New Hampshire. “He has already convicted himself in full view of the world and the American people," Biden said. "Donald Trump has violated his oath of office, betrayed this nation and committed impeachable acts.” House Democrats began the inquiry after a whistleblower complaint surfaced following a July 25 phone call between Trump and Ukrainian President Volodymyr Zelensky. The complaint claimed Trump urged Zelensky to open an investigation into Biden and his son, Hunter, who was on the board of a Ukrainian gas company. 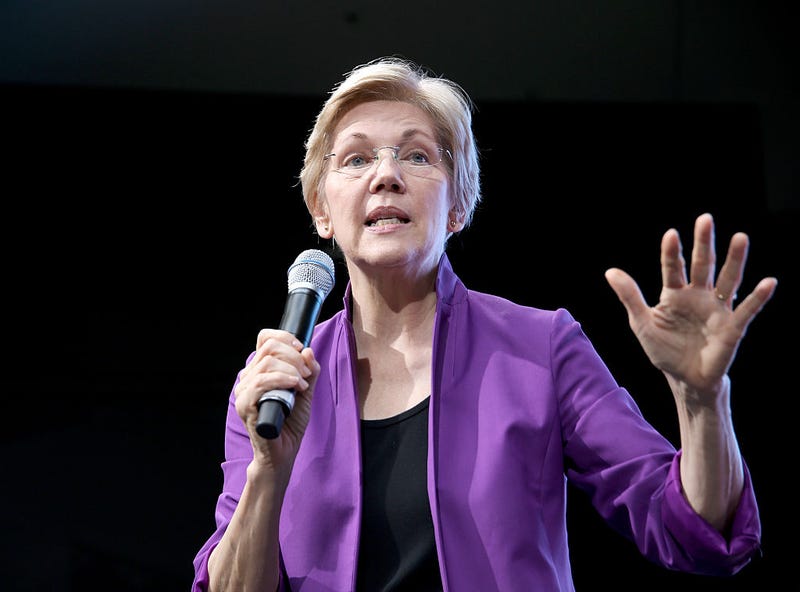 According to NBC, Biden and Warren will be centerstage, reflecting their lead in polls, while lower-performing candidates will be placed towards the wings. Since the last debate, national polls proved that she is neck and neck with Biden. 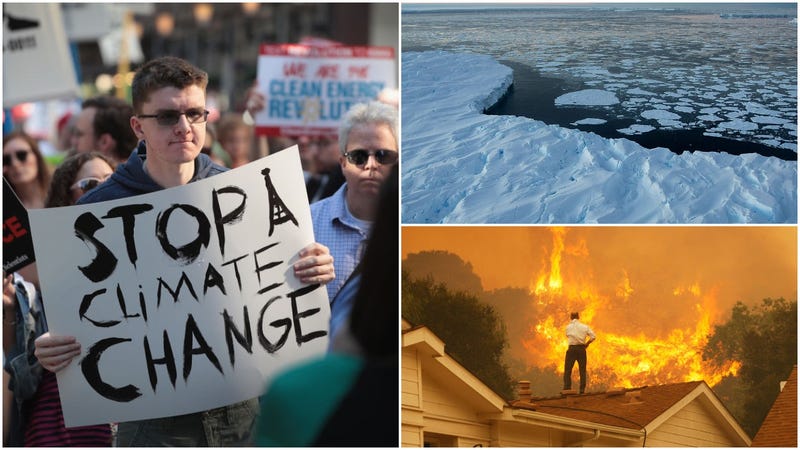 A report on ABC shows that 2020 Democratic candidates discussed climate change for nearly 43 minutes while on the debate stage this presidential election cycle. Climate change is emerging as one of this year's most pressing issues. During the 2016 presidential debates, Hillary Clinton and Trump spent less than six minutes discussing the issue. In 2012, The New York Times reported that Barack Obama and Senator Mitt Romney avoided discussing the topic.