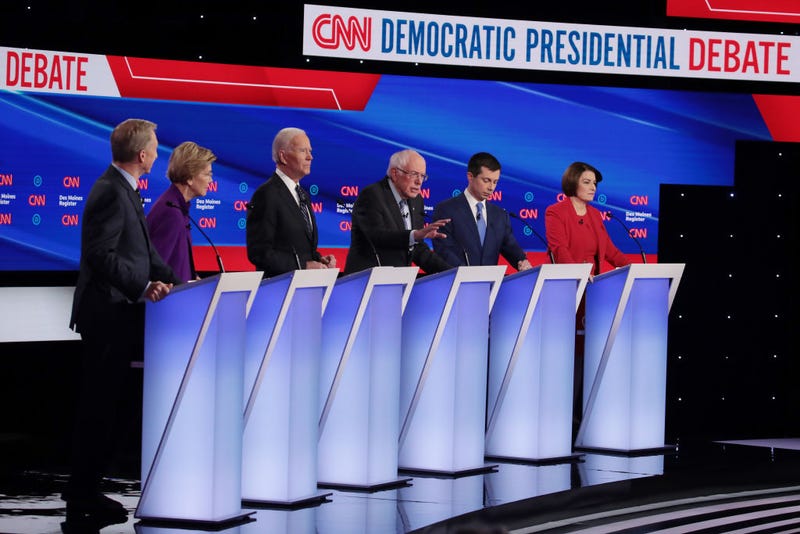 The presidential race is tighter than ever.

The event took place at Drake University in Des Moines, Iowa, just weeks before Iowa caucuses on Feb. 3 and ahead of primary season.

The night saw moments of contention between candidates in a narrowing field.

One of the highly anticipated clashes of the evening came to a head when Senator Bernie Sanders denied recent reports that he once told Massachusetts Senator Elizabeth Warren that a woman couldn't be elected president during a 1-on-1 meeting between the two.

Additionally, the candidates shared a spectrum of stances on both new as well as legacy issues in the Democratic party, including how they would handle U.S. troops in the Middle East in light of the recent killing of top Irani general Qasem Soleimani, the best healthcare solutions for the country, and how climate change should be addressed.

In addition to the six individuals on stage, there were six Democratic candidates who were unable to meet requirements before the DNC's Jan. 10 qualification deadline.

Iran Conflict and Troops in the Middle East

All six of the presidential candidates spoke out against President Donald Trump’s Iran strategy. The first question, candidates were asked to answer was how they would handle the rising conflict in the Middle East. This comes after the United States killing of Iran’s top general, Qasem Soleimani, earlier this month.

Bernie Sanders defended his 2001 vote as a House member for a military force authorization in Afghanistan. "I took to the floor, I did everything I could to prevent the war. Joe saw it differently," the Vermont Senator said in attempts to differentiate himself from Biden.

When Amy Klobuchar was questioned about U.S. forces in the Middle East, she answered she would "leave some troops there," while Elizabeth Warren held that "we need to get our combat troops out" and Pete Buttigieg spoke out against President Trump for sending more soldiers to the region.

When asked the same question, Biden explained that he would have to leave troops in the region. He added that “we’re in a position where we’re going to have to pull our forces out” following the killing of Soleimani.

Warren and Sanders' Feud Heats Up

Tensions were high between Warren and Sanders following a recent report of a 2018 one-on-one meeting, in which Sanders allegedly told Warren that a woman couldn't be elected president. The report was based on four unnamed sources, two who were allegedly in the room and two with knowledge of the meeting.

During last night's debate, Sanders was asked to address the report. The Senator defended himself.

When Sanders tried to change the topic, Warren lingered on the question, offering a reflection.

“Bernie is my friend, and I am not here to try to fight with Bernie," Warren said. "But, look, this question about whether or not a woman can be president has been raised and it’s time for us to attack it head on."

Biden and Sanders Clash on Foreign Policy and Voting Records

Spinning off the topic of the Iran conflict, Sanders and Biden clashed over more general foreign policy. Sanders pointed out that he voted against the Iraq War in 2002, unlike Biden. The former vice president immediately responded.

“It was a mistake. And I acknowledged that,” Biden said of the vote. He also mentioned how President Barack Obama was opposed to war and then chose him as his running mate in 2008. Biden then said Obama relied on him to draw down troops in Iraq.

Sanders retorted, firing back that he and Biden had access to the same information when making their decision.

“Joe and I listened to what Dick Cheney and George Bush and [Donald] Rumsfeld had to say. I thought they were lying. I didn't believe them for a moment. I took to the floor [of the House]. I did everything I could to prevent that war. Joe saw it differently,” Sanders said.

Handshake Drama Between Warren and Sanders?

In a video captured by CNN, it appears that Senator Warren refused to shake Senator Sanders’ hand following the debate.

The two seem to be having a conversation, but it was not clear what the two said. It appears that the two senators shared few short, but apparently stern words, with Bernie ending the convo abruptly holding his palms up to Warren and stepping off stage.

Healthcare and Medicare for All

Healthcare has been one of the defining issues for Democrats in this election cycle. The candidates defended their stances on healthcare in the U.S.

During the debate, Warren and Buttigieg butted heads on their opposing proposals. Warren expressed that Buttigieg’s health care plans were a “small improvement” on the existing system.

Warren supports “Medicare for All,” while Buttigieg believes in “Medicare for all who want it.” Buttigieg's plan allow Americans who to stick to their existing insurance and not switch to government health coverage plans.

"It's just not true that the plan I'm proposing is small," Buttigieg said of Warren. "We have to move past the Washington mentality that suggests that the bigness of plans only consists of how many trillions of dollars they put through the Treasury, that the boldness of a plan consists of how many Americans it can alienate." 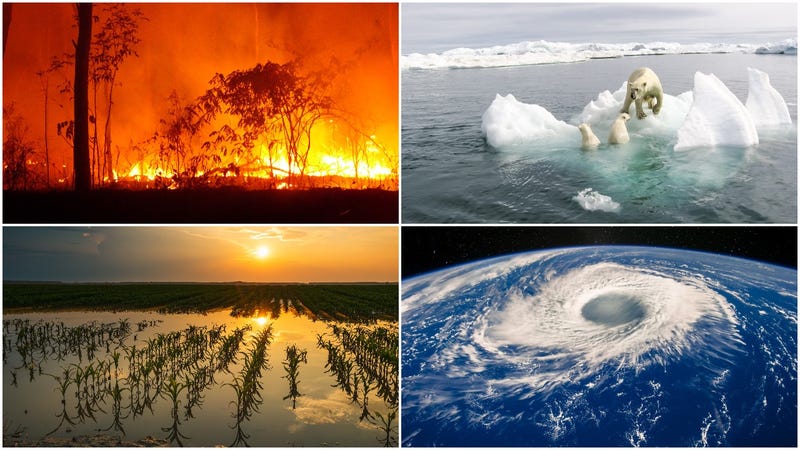 Climate change is emerging as one of this year's most pressing issues, as evidenced by 16-year-old Swedish climate change activist Greta Thunberg being named TIME Magazine's 2019 Person of the Year and a slew of natural catastrophes affecting countries around the world. In light of devastating events including recent California wildfires, Australian bushfires and flooding in Indonesia, candidates discussed the issue.

Although climate change was not the main topic, candidates tried to connect this topic to other issues.

Tom Steyer agreed with Sanders that climate change should be declared a national emergency. When asked by moderator Brianne Pfannenstiel about his past investments in carbon-producing energy, Steyer, a former hedge fund manager, claimed that he divested from fossil fuels a decade ago. "We invested in every part of the economy, and over 10 years ago I realized that there was something going on that had to do with fossil fuels that we had to change, so I divested from fossil fuels," Steyer explained during the debate.

Test your political knowledge:
SPOT THE MEATBALL THAT LOOKS LIKE MIKE. pic.twitter.com/CkzdgwpzdI

With Mike Bloomberg now qualifying for the debate, his team made sure to tweet during the debate. The team posted some funny tweets throughout the night.

Bloomberg is self-funding his campaign, so he did not meet the Democratic National Committee's donor threshold.