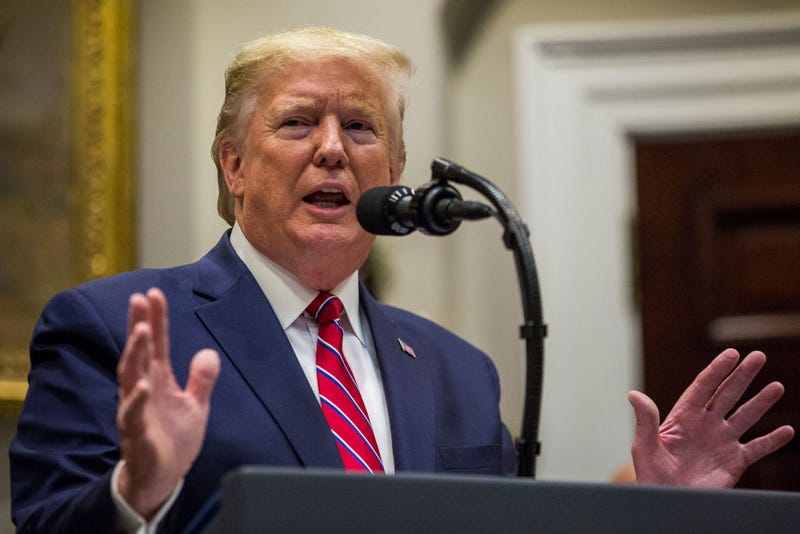 The second week of the public impeachment hearings involving President Donald Trump will begin Tuesday morning. The inquiry during this week will include eight public hearings.

The hearings began when House Speaker Nancy Pelosi announced at the end of September that the House would launch an official and formal impeachment inquiry against the president of the United States.

This process is to find out whether the president abused his presidential powers. House Intelligence Committee Chairman Adam Schiff has been leading the impeachment investigation.

After a dramatic week of hearings that dovetailed Friday with a verdict that found Roger Stone guilty on all counts including lying to Congress, obstructing justice and witness tampering, this week's impeachment proceedings will question officials involved in the Ukraine debacle.

Below you can find specific schedules on who will be testifying. Here are six things you can expect for this week's hearings. 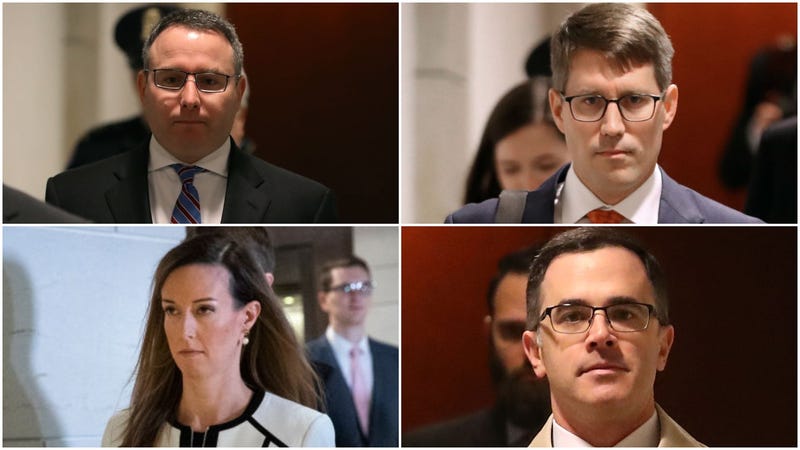 Lt. Col. Alexander Vindman: Vindman is the top Ukraine expert on the National Security Council. According to NPR, he listened to the July 25 telephone conversation in the White House Situation Room. It has been reported that he expressed concern about the phone call.

Jennifer Williams: Williams is a foreign service aide for Vice President Mike Pence. She also listened in on the phone call.

Kurt Volker: Volker is the former special representative to Ukraine. CBS reported he has been one of the central figures in the events "surrounding alleged efforts to use military aid as leverage against the Ukrainian government."

Tim Morrison: Morrison is the former National Security Council aide who heard the phone call. USA Today reported that Morrison was "not comfortable" with Ukraine President Zelensky being involved in United States politics. 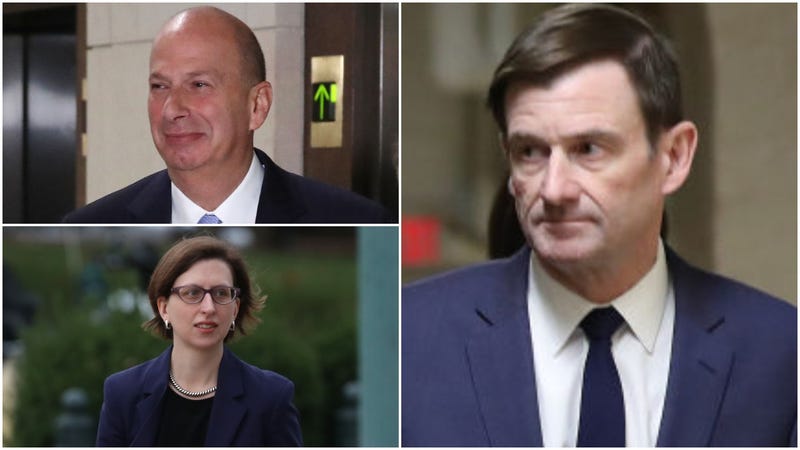 Gordon Sondland: Sondland is the United States Ambassador to the European Union. NPR also reported that he has faced scrutiny about his closed-door testimony. Reports indicated that he sent the committee a three-page amendment reversing his initial testimony.

Laura Cooper: Cooper is a deputy assistant secretary at the Defense Department. According to Newsy, in her deposition she discussed her department's process for aid distribution to Ukraine.

David Hale: Hale is the undersecretary of state for political affairs at the State Department. He will be the only one to testify on Wednesday at 2:30 p.m. (ET). 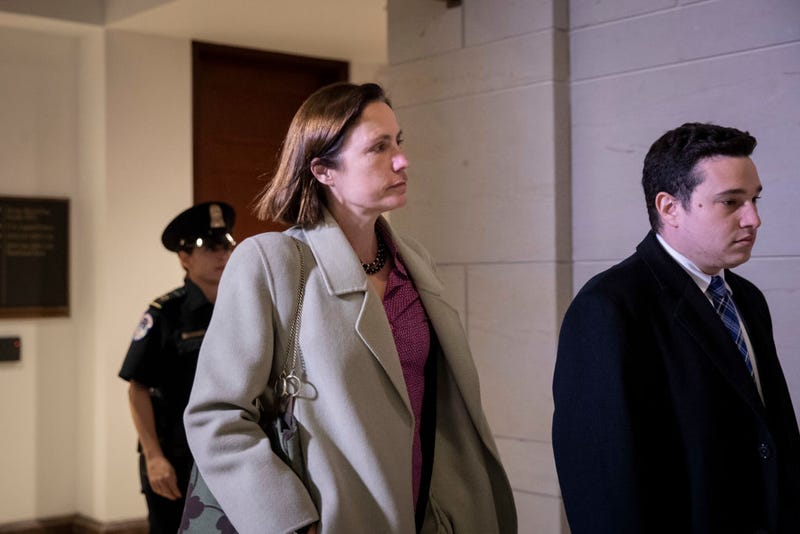 Fiona Hill: Hill is a former deputy assistant to President Trump and Senior Director for Europe and Russia on the National Security Council staff. She will be the only official to testify on Thursday.

Throughout the public hearings, President Donald Trump has been very vocal on Twitter. The president wrote on Twitter that he will "strongly consider" Nancy Pelosi's invitation to have the president testify in the probe. Trump has not confirmed whether he would physically testify or provide written answers to questions.

The full tweet said, "Our Crazy, Do Nothing (where’s USMCA, infrastructure, lower drug pricing & much more?) Speaker of the House, Nervous Nancy Pelosi, who is petrified by her Radical Left knowing she will soon be gone (they & Fake News Media are her BOSS), suggested on Sunday’s DEFACE THE NATION...." He continued the tweet and said, "....that I testify about the phony Impeachment Witch Hunt. She also said I could do it in writing. Even though I did nothing wrong, and don’t like giving credibility to this No Due Process Hoax, I like the idea & will, in order to get Congress focused again, strongly consider it!" 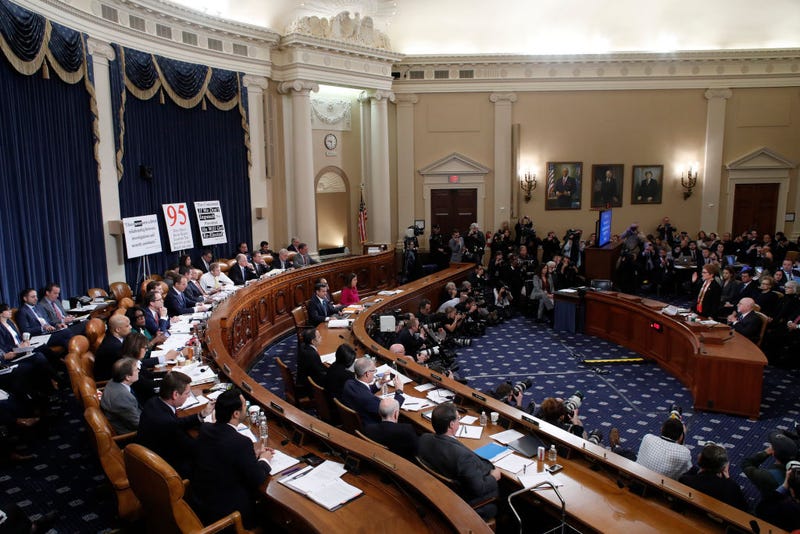 When Will These Hearings End?

Several media outlets reported that the committee is wrapping up its public hearings. The next step will be writing a report on the impeachment inquiry. No end date has been announced. Politico reported that Nancy Pelosi has "no idea" if this inquiry will be finished by the end of the year. 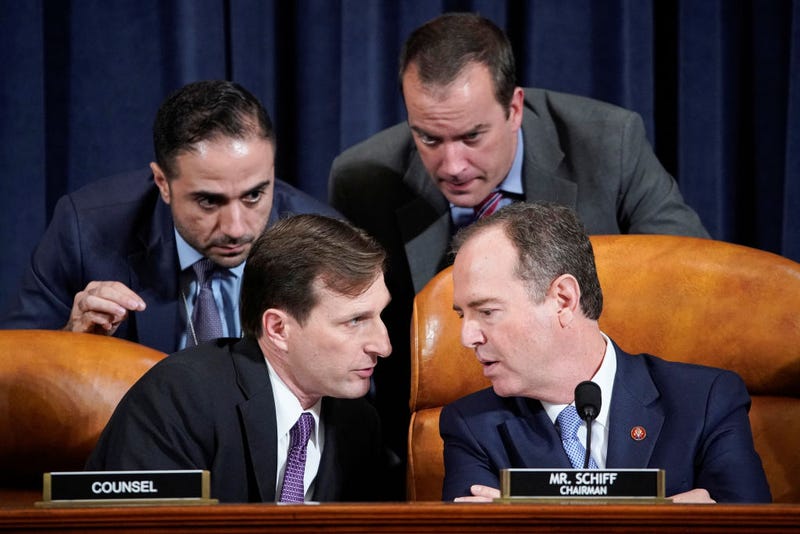 What Is the Next Step?

The Intelligence Committee, under the House resolution, will need to write a report with whatever members find. All of of their recommendations will be sent to the House Judiciary Committee, according to NPR. After that happens, the report will be released to the public.