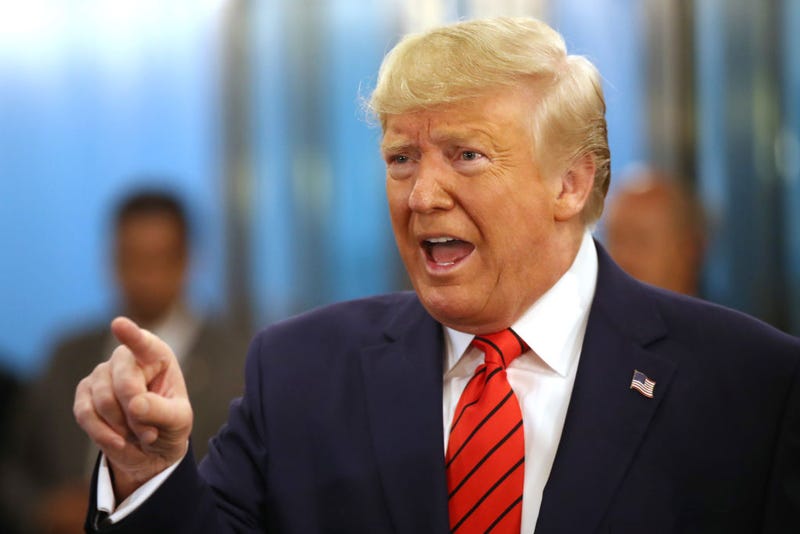 LISTEN NOW as the House Judiciary Committee holds its second hearing on the Trump impeachment inquiry.

The House Judiciary Committee will be hearing evidence on Monday morning from lawyers of both parties, Republicans and Democrats. This process aims to determine whether or not President Trump abused his power as president.

I’m back in the hearing room for @mcclatchy for what is expected to be the last impeachment hearing in the House! Judiciary Committee Democrats will be presenting their argument for impeachment. #ImpeachmentHearings pic.twitter.com/esRHKUChYa

According to CNN, lawyers for the House Intelligence Committee, Daniel S. Goldman for the Democrats and Stephen R. Castor for the Republicans, will present evidence from the investigation for this impeachment inquiry.

Trump is alleged to have abused the power of his office by putting personal political gain over national security interests, engaging in bribery by withholding $400 million in military aid Congress had approved for Ukraine. Eventually, obstructing Congress by stonewalling the investigation.

Democrats are aiming towards a vote by Christmas on removing Trump, a situation Pelosi said she hoped to avoid. When finished, this will move to the Senate for a trial in 2020.

The White House has urged the public that this inquiry is “illegitimate,” which led members to decline to participate in the hearings. This trial will follow in a Republican-controlled Senate if the House approves the articles of impeachment.

Across the Capitol, the divide over impeachment was on display. Democrats in the House said the inquiry is a duty, while Republican representatives said it was a sham.

“Never before, in the history of the republic, have we been forced to consider the conduct of a president who appears to have solicited personal, political favors from a foreign government,"  Rep. Jerrold Nadler, D-N.Y, said chair of the Judiciary panel.

The report was written by Adam Schiff, Chairman of the House Permanent Select Committee on Intelligence, which stated, "President Trump’s scheme subverted U.S. foreign policy toward Ukraine and undermined national security in favor of two politically motivated investigations that would help his presidential reelection campaign."