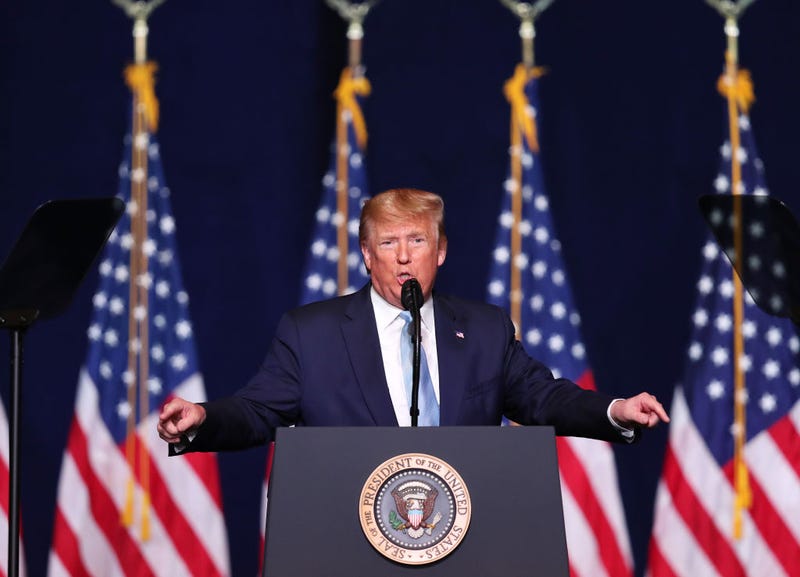 LISTEN NOW as President Trump discusses the heightened tensions between US and Iran.

The Secretary of State, Mike Pompeo, spoke to the media on Tuesday morning at the State Department about the tensions between the United States and Iran.

According to CBS News, this follows after the death of the top Iranian military commander Qassem Soleimani.

Today, @SecPompeo will deliver remarks to the media at 10:00 a.m. ET. Watch live here on Twitter, https://t.co/4PAwVBoTVX, or https://t.co/F20UwOMHJg

Last week, Soleimani was reportedly killed in a drone strike in Baghdad on Thursday night. The news was first reported on Iraqi television and then announced by a PMU Shia militia spokesman.

The strike also killed Abu Mahdi al-Muhandis, deputy commander of Iran-backed militias in Iraq known as the Popular Mobilization Forces, or PMF, Iraqi officials said. The PMF media arm said the two were killed in by an American airstrike that targeted their vehicle on the road to the airport.

General Soleimani was actively developing plans to attack American diplomats and service members in Iraq and throughout the region.

General Soleimani and his Quds Force were responsible for the deaths of hundreds of American and coalition service members and the wounding of thousands more. He had orchestrated attacks on coalition bases in Iraq over the last several months — including the attack on December 27th — culminating in the death and wounding of additional American and Iraqi personnel. General Soleimani also approved the attacks on the U.S. Embassy in Baghdad that took place this week.