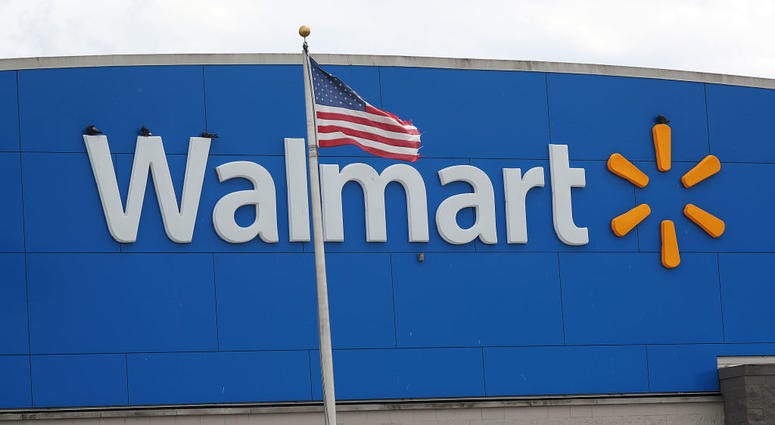 (Newsradio 1020 KDKA/AP) — Walmart says it will discontinue the sale of handgun ammunition and also publicly request that customers refrain from openly carrying firearms in stores even where state laws allow it.

The announcement comes just days after a mass shooting claimed seven lives in Odessa, Texas and follows two other back-to-back shootings last month, one of them at a Walmart store.

The Bentonville, Arkansas-based discounter said Tuesday it will stop selling short-barrel and handgun ammunition, including .223 caliber and 5.56 caliber used in military style weapons, after it runs out of its current inventory. It will also discontinue handgun sales in Alaska, marking its complete exit from handguns and allowing it to focus on hunting rifles and related ammunition only.

"We have a long heritage as a company of serving responsible hunters and sportsmen and women, and we're going to continue doing so," according to a memo by Walmart's CEO Doug McMillon that will be circulated to employees Tuesday afternoon.

Walmart is further requesting that customers refrain from openly carrying firearms at its stores unless they are law enforcement officers. Last month, a gunman entered a Walmart store in El Paso, Texas and killed 22 people using an AK-style firearm that Walmart already bans the sale of. Texas became an open carry state in 2016, allowing people to openly carry firearms in public.

Walmart's moves will reduce its market share of ammunition from around 20% to a range of about 6% to 9%, according to Tuesday's memo. About half of its more than 4,000 U.S. stores sell firearms.

The nation's largest retailer has been facing increasing pressure to change its gun policies by gun control activists, employees and politicians after the El Paso shooting and a second unrelated shooting in Dayton, Ohio that killed nine people. A few days before that, two Walmart workers were killed by another worker at a store in Southaven, Mississippi.

In the aftermath of the El Paso shooting, Walmart ordered workers to remove video game signs and displays that depict violence from stores nationwide. But that fell well short of demands for the retailer to stop selling firearms entirely. Critics have also wanted Walmart to stop supporting politicians backed by the National Rifle Association.

The retailer has long found itself in an awkward spot with its customers and gun enthusiasts. Many of its stores are located in rural areas where hunters are depend on Walmart to get their equipment. Walmart is trying to walk a fine line by trying to embrace its hunting heritage while being a more responsible retailer.

With its new policy on "open carry," McMillon noted in his memo that individuals have tried to make a statement by carrying weapons into its stores just to frighten workers and customers. But there are well-intentioned customers acting lawfully who have also inadvertently caused a store to be evacuated and local law enforcement to be called to respond.

He says Walmart will continue to treat "law-abiding customers with respect" and it will have a "non-confrontational approach."

Walmart says it hopes to use its weight to help other retailers by sharing its best practices like software that it uses for background checks. And the company, which in 2015 stopped selling assault rifles like the AR-rifles used in several mass shootings, urged more debate on the reauthorization of the assault weapons ban. McMillon says Walmart will send letters to the White House and the Congressional leadership that calls for action on these "common sense" measures.

"In a complex situation lacking a simple solution, we are trying to take constructive steps to reduce the risk that events like these will happen again," McMillon wrote in his memo. "The status quo is unacceptable."

Over the last 15 years, Walmart had expanded beyond its hunting and fishing roots, carrying items like assault rifles in response to increasing demand. But particularly since 2015, often coinciding with major public mass shootings, the company has made moves to curb the sale of ammunition and guns.

Walmart announced in February 2018 that it would no longer sell firearms and ammunition to people younger than 21 and also removed items resembling assault-style rifles from its website. Those moves were prompted by the mass shooting at a high school in Parkland, Florida, that killed 17 people.

In 2015, Walmart stopped selling semi-automatic weapons like the AR-15 style rifle, the type used in the Dayton shooting. The retailer also doesn't sell large-capacity magazines, handguns (except in Alaska) or bump stocks, nor the AK-style firearm that was used by the El Paso shooter.

In the mid-1990s, Walmart stopped selling handguns with the exception of Alaska.

Read the entire statement from McMillon below:

A month ago, in El Paso, Texas, a gunman with an assault-style rifle launched a hate-filled attack in our store, shooting 48 people resulting in the loss of 22 innocent lives. Just a few days prior, two of our associates were killed by another associate in our store in Southaven, Mississippi. And hours after the shooting in El Paso, our country experienced another mass shooting in Dayton, Ohio. This weekend brought tragedy to Midland and Odessa, Texas.

In Southaven and El Paso, our associates responded to anger and hate with courage and self-sacrifice. Our immediate priorities were supporting our associates and the impacted families and cooperating with law enforcement. In parallel, we have been focused on store safety and security. We’ve also been listening to a lot of people inside and outside our company as we think about the role we can play in helping to make the country safer. It’s clear to us that the status quo is unacceptable.

After visiting El Paso on Aug. 6, I mentioned that we would be thoughtful and deliberate in our responses. We’re ready to share our next steps.

We’ve been giving a lot of thought to our sale of firearms and ammunition. We’ve previously made decisions to stop selling handguns or military-style rifles such as the AR-15, to raise the age limit to purchase a firearm or ammunition to 21, to require a “green light” on a background check while federal law only requires the absence of a “red light,” to videotape the point of sale for firearms and to only allow certain trained associates to sell firearms.

Today, we’re sharing the decisions we’ve made that go further:

After selling through our current inventory commitments, we will discontinue sales of short-barrel rifle ammunition such as the .223 caliber and 5.56 caliber that, while commonly used in some hunting rifles, can also be used in large capacity clips on military-style weapons;We will sell through and discontinue handgun ammunition; andWe will discontinue handgun sales in Alaska, marking our complete exit from handguns.We know these decisions will inconvenience some of our customers, and we hope they will understand. As a company, we experienced two horrific events in one week, and we will never be the same. Our remaining assortment will be even more focused on the needs of hunting and sport shooting enthusiasts. It will include long barrel deer rifles and shotguns, much of the ammunition they require, as well as hunting and sporting accessories and apparel. We believe these actions will reduce our market share of ammunition from around 20% to a range of approximately 6 to 9%. We believe it will likely drift toward the lower end of that range, over time, given the combination of these changes.

As it relates to safety in our stores, there have been multiple incidents since El Paso where individuals attempting to make a statement and test our response have entered our stores carrying weapons in a way that frightened or concerned our associates and customers. We have also had well-intentioned customers acting lawfully that have inadvertently caused a store to be evacuated and local law enforcement to be called to respond. These incidents are concerning and we would like to avoid them, so we are respectfully requesting that customers no longer openly carry firearms into our stores or Sam’s Clubs in states where “open carry” is permitted – unless they are authorized law enforcement officers.

We believe the opportunity for someone to misinterpret a situation, even in open carry states, could lead to tragic results. We hope that everyone will understand the circumstances that led to this new policy and will respect the concerns of their fellow shoppers and our associates. As it relates to concealed carry by customers with permits, there is no change to our policy or approach. This morning, we briefed your leadership team on how to communicate this change in policy to customers when needed, and they will be sharing that with you very soon. We will treat law-abiding customers with respect, and we will have a very non-confrontational approach. Our priority is your safety. We will be providing new signage to help communicate this policy in the coming weeks.

As an additional step, we commit we will work alongside other retailers to make the overall industry safer, including sharing our best practices. For example, we are exploring ways to share the technical specifications and compliance controls for our proprietary firearms sales technology platform. This system navigates the tens of millions of possible combinations of federal, state and local laws, regulations and licensing requirements that come into effect based on where the firearm is being sold and who is purchasing it. We hope that providing this information, free of charge, will help more retailers sell firearms in a responsible, compliant manner.

Finally, we encourage our nation’s leaders to move forward and strengthen background checks and to remove weapons from those who have been determined to pose an imminent danger. We do not sell military-style rifles, and we believe the reauthorization of the Assault Weapons ban should be debated to determine its effectiveness. We must also do more, as a country, to understand the root causes that lead to this type of violent behavior. Today, I’m sending letters to the White House and the Congressional leadership that call for action on these common sense measures. As we’ve seen before, these horrific events occur and then the spotlight fades. We should not allow that to happen. Congress and the administration should act. Given our decades of experience selling firearms, we are also offering to serve as a resource in the national debate on responsible gun sales.

We have a long heritage as a company of serving responsible hunters and sportsmen and women, and we’re going to continue doing so. Our founder, Sam Walton, was an avid outdoorsman who had a passion for quail hunting, and we’re headquartered in a state known for its duck hunting and deer hunting. My family raised bird dogs when I was growing up in Jonesboro, Arkansas, and I’m a gun owner myself. We understand that heritage, our deeply rooted place in America and our influence as the world’s largest retailer. And we understand the responsibility that comes with it. We want what’s best for our customers, our associates and our communities. In a complex situation lacking a simple solution, we are trying to take constructive steps to reduce the risk that events like these will happen again. The status quo is unacceptable.