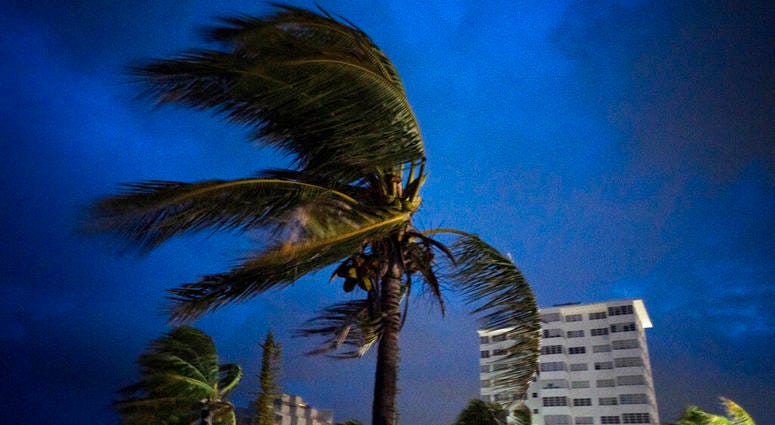 (KNX) - A woman in the Bahamas has taken in 97 dogs as Hurricane Dorian unleashes wind and rain over the weekend.

Chella Phillips shared photos on her Facebook page over the weekend, showing dogs everywhere in her home in Nassau.

She said she was playing music and blowing AC in the house. CNN reported that she had lost power.

She wrote on Facebook "97 dogs are inside my house and 79 of them are inside my master bedroom. It has been insane since last night, poop and piss non stop but at least they are respecting my bed and nobody has dared to jump in. "

"I managed to bring some less fortunate ones and I really appreciate some of you donating for crates.. I really needed it for the scared ones and the sick ones. so Thank you! We may not get hit as hard as other islands and the saddest part is that after the hurricane leave the Bahamas, some islands will take a long time to recover.. Each island has abundance of homeless dogs, my heart is so broken for the ones without a place to hide a CAT 5 monster and only God can protect them now."