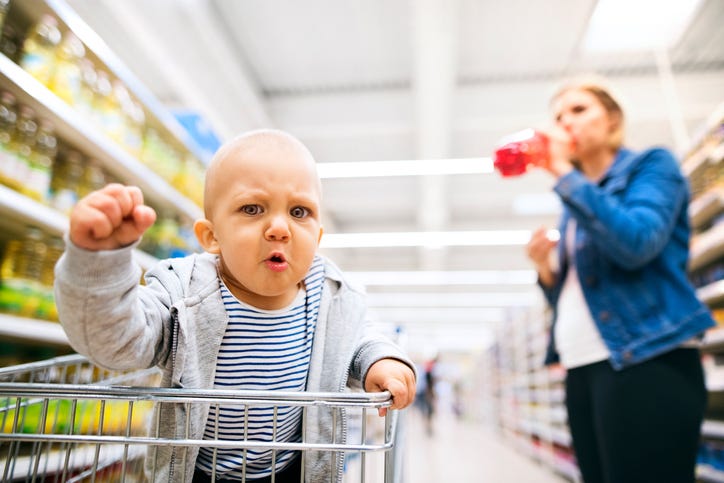 A mother of a two-month-old was falsely accused of being a fraud and a thief in order to snag a free yogurt.

Patricia Larkin was carrying her infant daughter while at a New Jersey Aldi supermarket when another woman thought she was using a fake baby to “smuggle yogurts,” reported “Today.”

Well, I don't usually do "To the person who..." posts but this one has me cracking up, so here we go: To the lady who...

“Well, I don’t usually do ‘To the person who…’ posts, but this one has me cracking up, so here we go,” Larkin recounted the bizarre situation in a Facebook post.

"To the lady who told the cashier at Aldi that she thought I had a fake baby and was trying to smuggle yogurts out of the store- 1) My baby is 100% real. 2) Yogurts are like $.25 at Aldi. 3) I’m lactose intolerant and don’t consume any dairy at all.”

Despite the false accusation, Larkin maintained a light-hearted attitude about the incident.

She added: “I really needed it because I was up all night tending to my (again, 100% real) baby.”

Within hours of sharing the experience, her post went viral and even got the attention of the woman who allegedly accused the elementary school teacher of using a doll to steal the inexpensive yogurts.

“It was me and I am not ashamed to say so,” wrote Alison Krupa. “The baby was sleeping the entire time and was like a dead weight in her arms as well as being wrapped so I could only see the babies ear.”

Krupa acknowledged that she didn’t directly ask Larkin about the authenticity of the baby because she feared for her safety had it turned out she really was shoplifting.

“I decided to err on the side of caution and say something,” she added. “ I did tell the cashier that I really hoped it was a baby. As anyone in retail can tell you, shoplifting involving babies or baby items is quite common.”

With her story getting so much attention, Larkin is still taking it all in stride.

“I just wanted to share a funny thing that happened to me,” she said. “I’m still laughing about it.”