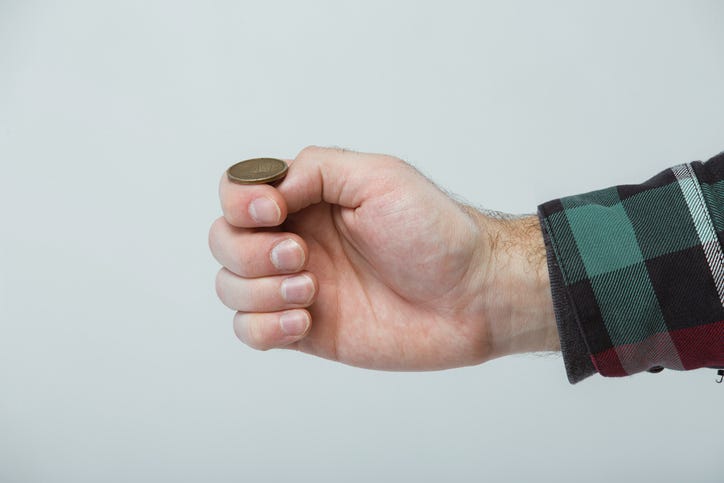 A Florida bride and groom have started their marriage by leaving their surname up to chance.

Jeff Conley and Darcy Ward waited until they were at the altar to let a coin toss decide whose name they would both take going forward, reported the Tallahassee Democrat.

At the altar, the couple flipped a coin to determine which last name they'd share: His — "Conley" — or hers, "Ward." https://t.co/S9BJbJGIED

The coin was a specially engraved medallion that featured her last name on one side and his on the other, along with profiles of each.

Both were on board with doing away with the patriarchal tradition of the bride automatically taking the husband’s name.

“Being with someone who was willing to start the marriage from a creative and teamwork and fair place felt like a really good first step toward an equal partnership,” she said.

“It’s fair. I am a graduate student in economics at Florida State and I think about fairness,” he added.

The pair met on Tinder and dated for a year, before further doing away with traditions by both popping the questions on two separate occasions.

Jeff proposed by getting musicians to play the couple’s favorite song as they walked along a romantic bride. Darcy kept it more elaborate with a scavenger hunt which culminated with her getting down on bended knee. Needless to say, they both said yes.

When it came time for the big day, the pair made it down the aisle and flipped the fateful coin. Darcy’s last name out on top.

“You could say I won,” Jeff confessed. “I was the one who received something new.”

And for the record, the entire coin toss idea was his.