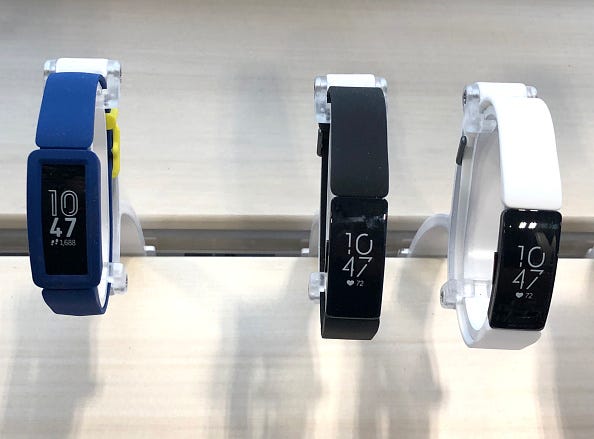 The latest holiday Peloton commercial has sparked some strong reaction from many, with some saying that getting a significant other an exercise bike could be seen as offensive, considering what it may imply about the recipient.

Some on social media have opened up about their experiences, good and bad, of receiving exercise equipment, including a story for the ages from NFL Network reporter Jane Slater.

Slater revealed how an ex-boyfriend got her a FitBit and the two synched up to motivate each other. It was a great gift, until she noticed some unusual activity one early morning.

“Didn’t hate it until he was unaccounted for at 4 a.m. and his physical activity levels were spiking on the app,” she tweeted. “Wish the story wasn’t real.”

An Ex Boyfriend once got me a Fitbit for Christmas. I loved it. We synched up, motivated each other... didn’t hate it until he was unaccounted for at 4am and his physical activity levels were spiking on the app 🥴wish the story wasn’t real. https://t.co/npRkLJYYz0

To clarify any confusion, Slater added that he was not enrolled in an Orange Theory class at 4 a.m.

Her tweet immediately went viral and had garnered 468,000 likes by Saturday and there were a few replies to her tweet of other women sharing similar stories.

One of Slater’s ex-boyfriends apparently began receiving texts wondering if it was him, but she went to Twitter to point out it was not him, but someone else.

Disclaimer: I feel the need to defend the honor of my ex boyfriend in Austin. He’s received a number of group text inquiries 😂 he is not the man I reference in the tweet below. In fact, Austin Bf was one of the best boyfriends I ever had. Our issue was timing not cheating. https://t.co/esPU8GJl3g

She jokingly added the biggest red flag was that her ex wore a backpack to college football games with sharpie containers looking for autographs.

Perhaps the biggest red flag fam was he wore a backpack to college games that contained a sharpie container for autographs. The writing was on his collegiate signed fanboy jerseys 😂 TU all 4 making me laugh on this thread the relationship wasn’t one I struggled to move on from https://t.co/esPU8GJl3g