A nurse in New York City has died from coronavirus.

Kious Kelly, an assistant nursing manager at Mount Sinai West in Manhattan, passed away on Tuesday after contracting the virus while on the front lines of the pandemic.

Kelly’s sister, Marya Patrice Sherron, said her brother had asthma but was otherwise in good health, according to the New York Times.

The 48-year-had been admitted to the hospital on March 17th and had been on a ventilator.

“He told me he had the coronavirus,” Sherron told the NY Post. “He was in ICU but he thought he was OK. He didn’t think it was as serious as it was.”

I can’t talk. I don’t know how to do this. We had plans...we were going to build a tiny house on our parents property. ...

“I can’t talk. I don’t know how to do this. We had plans...we were going to build a tiny house on our parents' property. I’m angry. He was healthy,” she wrote alongside an image of Kelly holding a baby.

“I know he’s in heaven. I know I will see him again. I know people die every day. I know many of you have endured loss. My God! I had no idea...the pangs of pain are excruciating. O, James. My big brother....it’s hard to breathe.”

The news of Kelly’s death comes after a photo emerged of healthcare workers at Mount Sinai West wearing garbage bags as protective gear.

Nurses at Mount Sinai West have resorted to wearing trash bags as protective gear. A nurse manager just died there of COVID-19.

“I’m also very angry with the Mount Sinai Health System for not protecting him,” said Kelly’s fellow Mount Sinai West nurse Bevin Bloise on Facebook, according to the Times.

Mount Sinai has since responded to the reports of staff not having the proper protective gear. 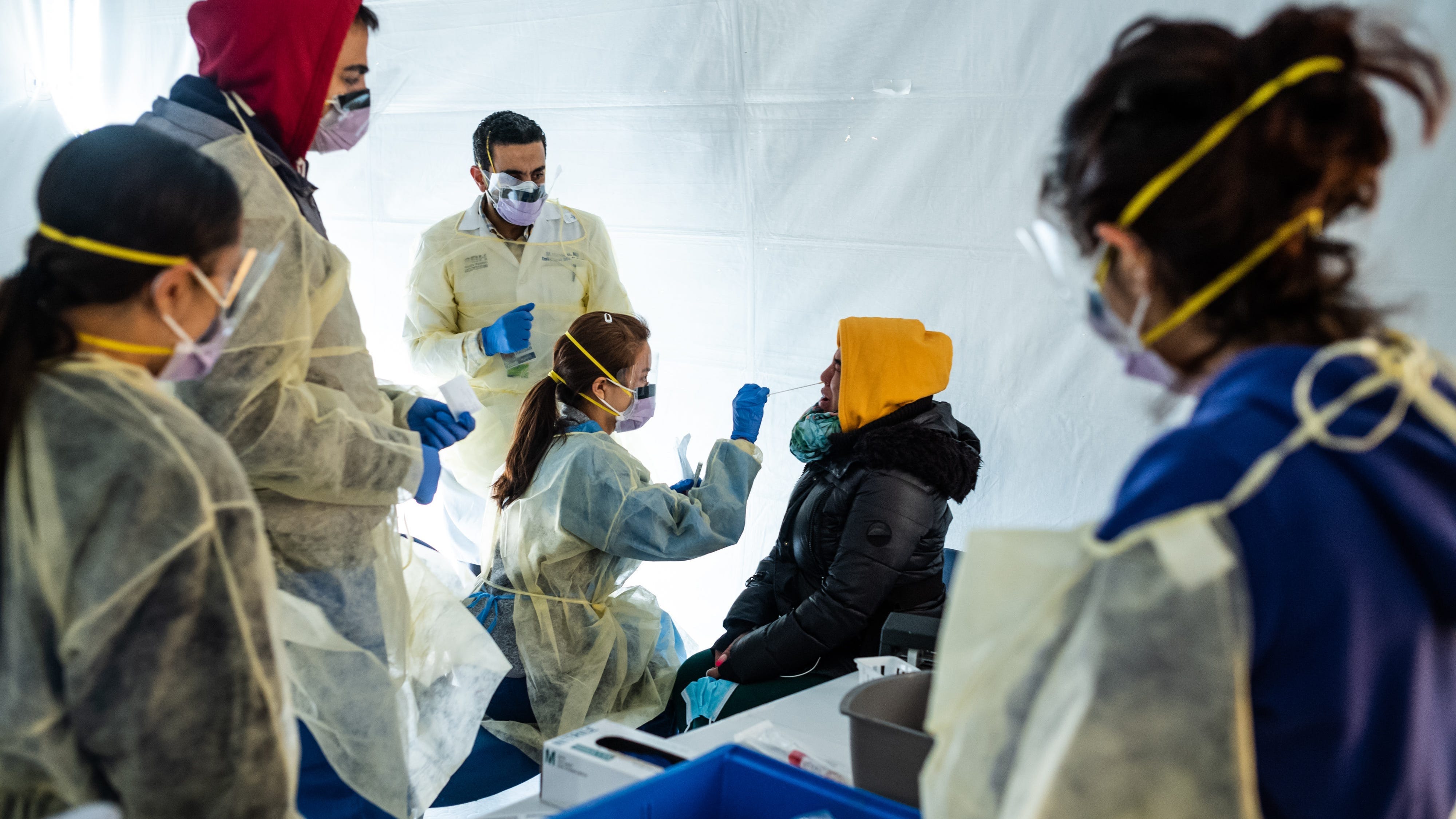 'Center of the Crisis': NY Hospital Sees 13 Deaths in 24 Hours

"The safety and protection of all Mount Sinai staff and patients is always — and will always be — our absolute top priority, but especially during the COVID-19 crisis,” a hospital spokesperson told FOX5 NY.

“When it comes to staff wearing personal protective equipment (PPE), the facts are very different than recent media reports. To be clear: we always provide all our staff with the critically important PPE they need to safely do their job. In fact, the troubling photo circulating in the media specifically shows the nurses in proper PPE underneath garbage bags."

New York City has become the epicenter of the virus with over 25,000 confirmed cases of COVID-19 as of Friday.