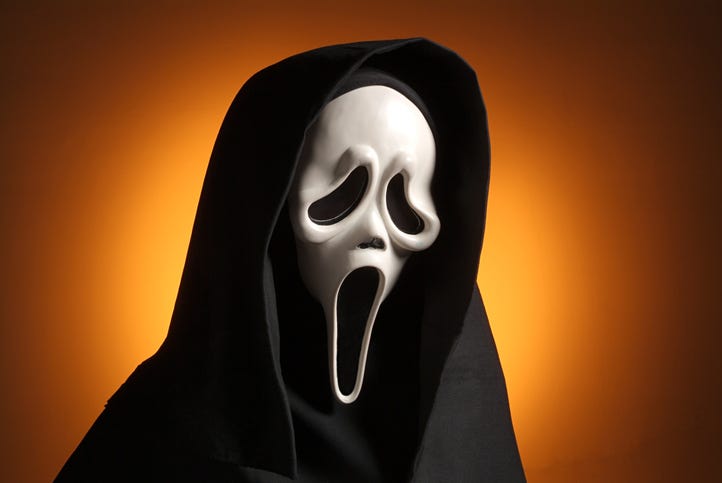 Fans of ‘90s film “Scream” have one last chance to celebrate Halloween in the actual house used in the Wes Craven horror classic, according to TMZ.

Organizers are throwing the event, entitled Screamoween, at the home located near Santa Rosa, California on October 31st with only 150 tickets available for purchase.

We’re getting super close to our SCREAMOWEEN Bash! Visit SCREAMOWEEN.net for tickets!

For $199, partygoers will be able to roam the halls of the 5 bedroom house where Ghostface terrorized Neve Campbell (Sidney Prescott) and her friends in the film’s last scene.

While the price of admission does not include alcohol, there will be a cash bar and catered food available for purchase. Hopefully there’s Jiffy Pop too!

Guests need to be 21 and over and wear a costume. Furthermore, since the homeowners actually live on the property, you’ll have to wear provided over-the-show booties and not drink any red wine while indoors.

The event is being billed as the last time to party in the house because the current owners only rent it out for the occasional wedding. Can’t imagine why they wouldn’t want 150 drunk people traipsing around taking endless Instagram selfies!

Released in 1996, “Scream” was a box office hit earning over $103 million in the United States alone. Because of the film’s huge success, it spawned three sequels and an MTV anthology series.