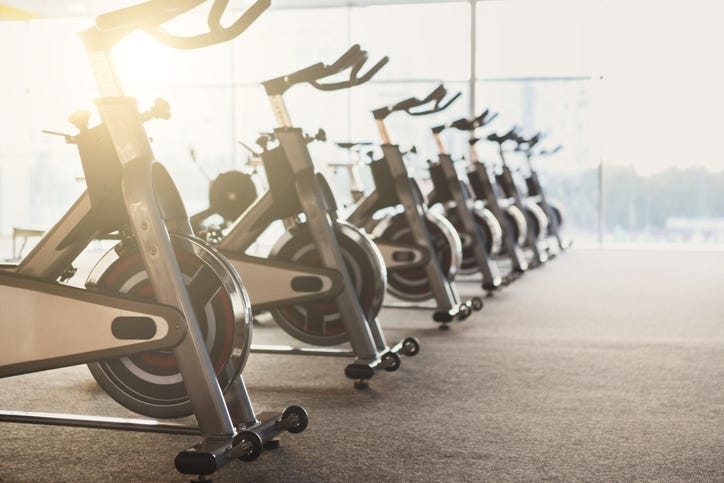 The Internet had a lot to say about a certain holiday commercial advertising a Peloton stationary bike. Now, an actor behind the controversy is speaking out.

Sean Hunter is an actor and elementary school teacher living in Vancouver, Canada who originally thought that the commercial was another great stepping stone in his acting career. Then, the Internet got a hold of it, and the claims of sexism and "cringeworthiness" went rampant.

In a statement to Psychology Today, Hunter said of the gaffe, “I pride myself on being a great teacher and developing actor, and I can only hope that this affects neither. I’m grappling with the negative opinions as none of them have been constructively helpful.”

The commercial features a fictional husband (Hunter), who gifts his wife a Peloton stationary bike for Christmas. As a result, the wife documents her journey with the bike through a series of daily selfie videos explaining her process.

The commercial ends with them watching her fitness diary together.

Hunter’s role has become known as the “Peloton Husband” on social media, and the tweeters all have something to say about the titular character. One user even wrote, “Absolutely 100% chance that the husband in the Peloton ad is abusive,” the Today show reports.

“My 5 seconds of air time created an array of malicious feedback that is all associated with my face. My friend texted me today declaring that I’m ‘a symbol of the patriarchy,’” Hunter said.

Still, Hunter says the ad “has nothing to do with my ability to teach or who I am.” He continued, “Unfortunately, the problem is that viewers can mistake an actor as that person after they’ve seen them on television instead of a person given a script with no opinion on what they are being told to portray.”

Hunter has made light of the situation by making Peloton Husband his own Instagram page.