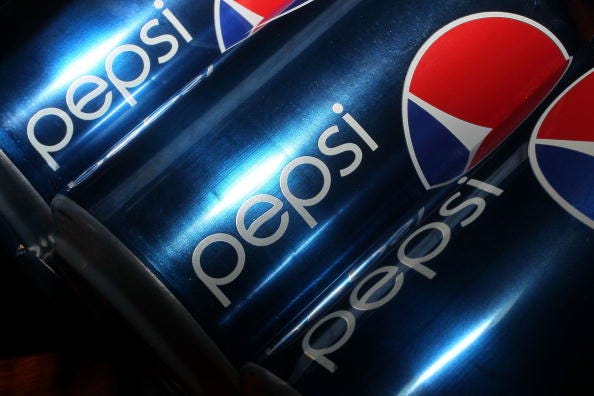 Pepsi wants to get you buzzed.

The beverage company is launching a new coffee-infused cola with twice the amount of caffeine as a regular Pepsi, according to CNN.

Pepsi Café, which ss nearly twice as caffeinated as a regular soda, will hit US shelves in April for a limited time https://t.co/TiDzdHGuyc

Entitled Pepsi Café, the carbonated java concoction will blend the flavorful taste of roasted Arabica coffee with the effervescent freshness of its classic cola to give fans an eye-popping afternoon pick-me-up.

Available in Original and Vanilla flavors, the slim 12-ounce cans will hit stores for a limited-time beginning in April 2020.

“At Pepsi, we've known the potential of blending cola and coffee for years and after striking the perfect balance, we cannot wait to introduce Pepsi Café to the US next year," the company said in a statement.

"We are confident that cola fans, iced coffee drinkers and anyone in need of an extra caffeine boost will love the unexpected flavor medley of roasted coffee infused into the refreshing, crisp flavor of Pepsi."

This is the company’s third attempt at getting into the coffee-cola hybrid game. In 1996, they tested Pepsi Kona in limited markets but discontinued it due to low sales. A decade later, Pepsi Max Cino (short for cappuccino) was introduced at various international locations, but never arrived on American shelves.

This time the company is hopeful the public will embrace the caffeine-packed idea.

“It’s gonna take some time to catch on,” Todd Kaplan, vice president of marketing for Pepsi, admitted. But added,“we think there’s a real market there.”

Pepsi is also looking to get a jump on the competition, at least domestically.

While Coke has begun selling their own coffee soda combo called Coca-Cola Plus Coffee overseas, it has yet to reach the United States.

Pepsi Café is set to be the new energy drink in town.