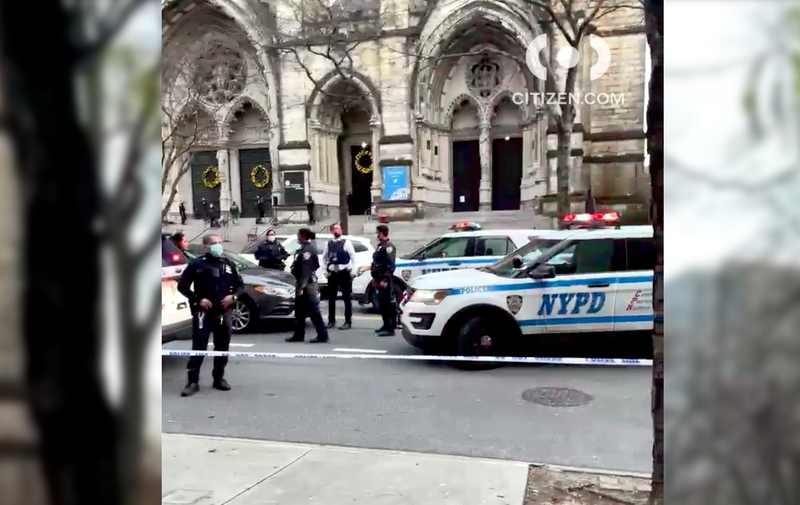 NEW YORK (1010 WINS) -- An armed man who began firing shots outside a Manhattan cathedral minutes after a Christmas concert ended was shot and killed by police Sunday afternoon, the NYPD said.

At a press conference Sunday evening, NYPD Commissioner Dermot Shea said shots rang out as caroling came to a close around 3:45 p.m. on the steps outside the Cathedral Church of St. John the Divine in Morningside Heights.

An NYPD sergeant, detective and officer in the area immediately engaged a man with two guns.

Watch as @NYPDShea updates the media on a police involved shooting that took place earlier today at the Cathedral Church of Saint John the Divine. pic.twitter.com/8JMgP3WoBk

Witnesses said the man was yelling “kill me” at police and firing into the air during the exchange near 112th Street and Amsterdam Avenue.

The man was shot once in the head and taken to St. Luke’s Hospital, where he was pronounced dead, Shea said. 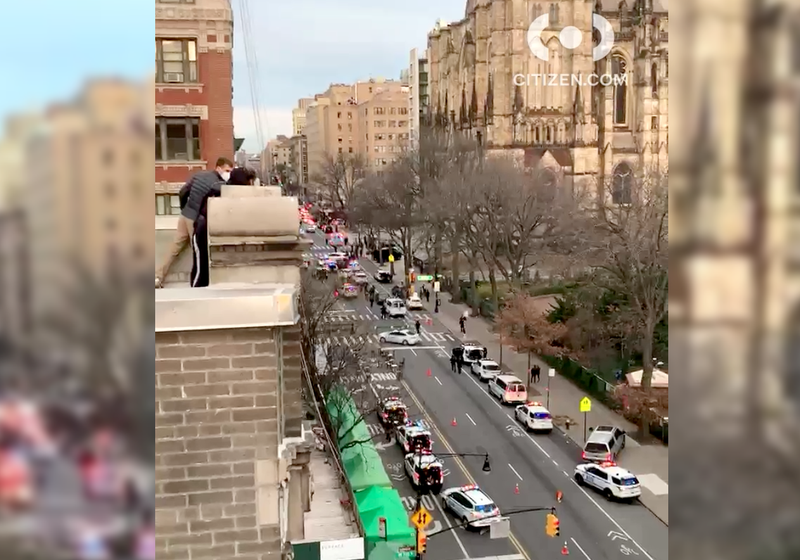 Two semi-automatic firearms were recovered at the scene, as was a bag containing a can of gasoline, rope, wire, multiple knives, tape and a Bible, Shea said.

“I think we can all surmise the ill intentions of the proceeds of this bag,” Shea said.

Preliminary body camera footage, which should be released by police in the next 30 days, shows the officers “acting heroically” and “putting themselves in harm’s way” as people in the area were caught in the crossfire, Shea said.

Today, NYPD cops ran into the line of fire to save the lives of innocent people. They’ll say they were “just doing their job,” but it’s their courageous hearts that compelled them to risk it all on behalf of everyone at St. John the Divine Cathedral. True heroes! pic.twitter.com/7zeHH7xxbp

The commissioner said no one other than the suspect was hit by the gunfire. He said the steps of the cathedral were mostly empty and the music had stopped playing when the man “made his way up.”

“It is by the grace of God today that we don’t have anyone struck,” Shea said.

The commissioner said police believe they have identified the man and “that person has a lengthy criminal history.” The man’s name won’t be released until his identity has been verified by fingerprints, Shea said.

Manhattan Borough President Gale Brewer said her chief of staff and press secretary, who were at the event, were safe.

There has been a shooting at the Cathedral of St. John the Divine after their Christmas concert—my Chief of Staff and press secretary who were present are safe. We don’t have a lot of information but our gratitude goes out to first responders @NYPD24Pct @NYPDnews.