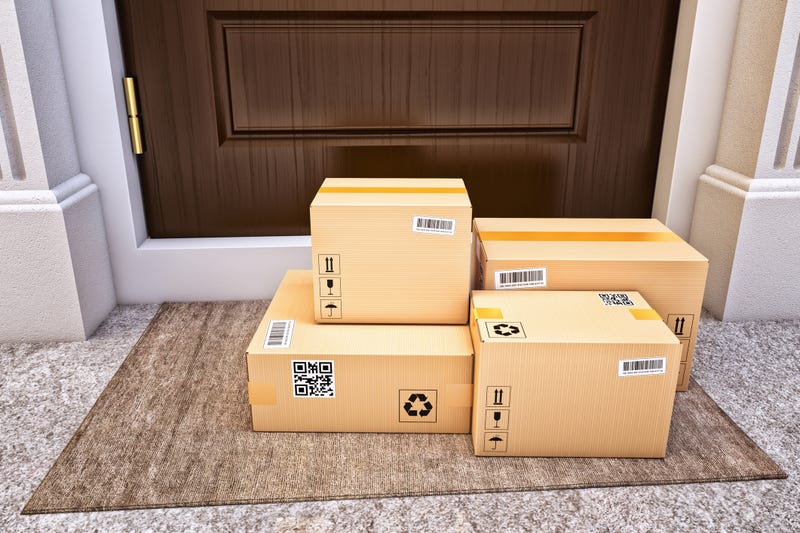 Some of us may be guilty of swiping our cards a bit too much for online shopping.
For one woman, she was swiping so much, she wanted to hide it from her husband.

A Facebook post is gaining a lot of attention after a Texas woman shared how a postal worker got her message with her doormat.

Ebony Freeman shared a photo on social media of a delivered package of AstroTurf placed under her doormat by a UPS driver. The doormat said “Please hide packages from my husband.”

Amanda Harper Oh my god look! The UPS guy actually hid it under the rug! 😂😂😂😂

Freeman captioned the photo, “Oh my god look! The UPS guy actually hid it under the rug!” The post on Facebook received more than 48,000 shares and comments of people responding to the postal worker’s humor.

According to Good Morning America, Freeman tagged her friend Amanda Harper in the post who bought the mat for her as a gift.

Freeman told GMA, "I instantly laughed and the first thing I did was send [a picture] to Amanda before posting it on Facebook.”

She continued and said "I had no clue it was going to get that much traction."

Freeman said that her husband does not really get upset about her online shopping. "I have a package a day coming from Amazon, but he thinks it's funny," she said.

Harper said that she bought the doormat off of Etsy, where the seller is “super stoked” about the attention. Freeman said she already has a funny holiday doormat on its way. It is one that sings “Here Comes Amazon” to the tune of “Here Comes Santa Claus.”