Have pet, will travel!

The ongoing coronavirus pandemic has caused the amount of people wanting a pet to soar as humans seek comfort with their four-legged friends.

With pet adoptions in high demand, some breeders have included the service of “puppy nannies” to help deliver fur babies to expectant dog parents around the country, reported Inside Edition.

Christine and Jeremiah Heath work for Crockett Doodle Breeders in South Carolina and say business has been booming.

The typical puppy at Crockett Doodle Breeders can cost between $1000 to $2500, with an additional $900 to fly him or her into your arms. In addition, you have to tack on the price of the puppy nanny’s airplane ticket.

“Our Flight Nannies will fly personally with your puppy in the passenger area of the plane to an airport near you giving your sweet puppy individual attention and excellent care,” reads a notice on the company’s website. ”You can then meet the Flight Nanny at the airport to receive your puppy directly.” 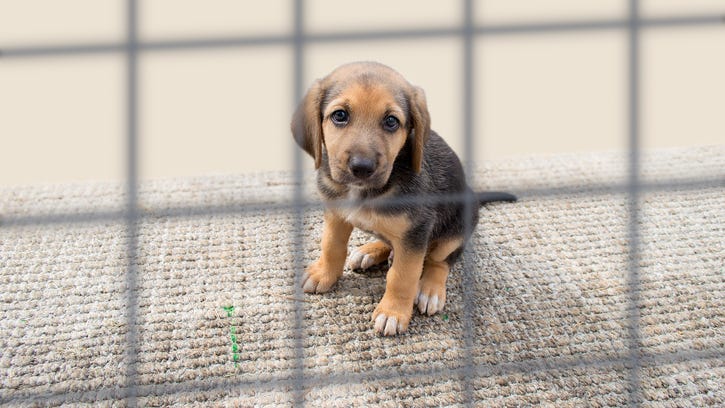 Pet surrenders on the rise due to ongoing pandemic

Meanwhile in other parts of the world, the pandemic has caused a puppy shortage and led to a rise in animal thefts.

In the United Kingdom, there’s been a 70% rise in reports of stolen animals, while breeders have been demanding previously unheard of prices for a single pup, reported Newsweek.

Despite the increased demand for pets, activists also fear there may eventually be a rise in animal abandonment once COVID restrictions are eased and people return to work.