According to CNN, Cineworld, the United Kingdom parent company, shared that 536 locations will close and affect 45,000 employees after having reopened their doors in August.

The shocking announcement was made after several blockbusters had their release date postponed or switched to a digital release amid the ongoing COVID-19 pandemic.

The upcoming James Bond film is being delayed a second time due to the coronavirus. This time, the delay takes fans to 2021.

“This is not a decision we made lightly,” Mooky Greidinger, CEO of Cineworld, said, “and we did everything in our power to support a safe and sustainable reopening in the U.S. — from putting in place robust health and safety measures at our theatres to joining our industry in making a collective commitment to the CinemaSafe protocols to reaching out to state and local officials to educate them on these initiatives.”

Greidinger added that the company is grateful for its employees’ hard work as they learned new protocols to keep everyone safe at movie theaters during the global pandemic. He said that the decision was harsh.

“The prolonged closures have had a detrimental impact on the release slate for the rest of the year, and, in turn, our ability to supply our customers with the lineup of blockbusters they’ve come to expect from us,” Greidinger said. “As such, it is simply impossible to continue operations in our primary markets.”

As Americans start to go back to the movies, the nation’s theater operators want to ensure they are greeted with the safest environment possible. 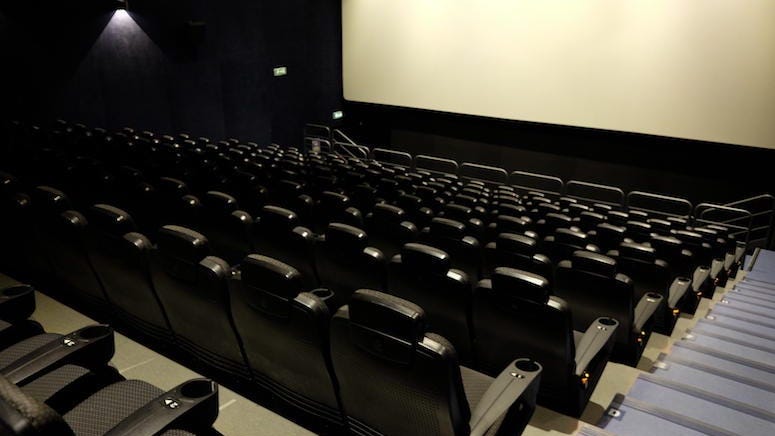 The standards have been adopted by thousands of locations nationwide, including those owned by Cinemark, AMC, and Regal Cinemas. The program, known as CinemaSafe, is based on the CDC, OSHA, and the World Health Organization guidelines.

sports
Jason Garrett could be next Giants coach to go: report
sports
Raiders’ Derek Carr called ‘James Harden’ audible on Sunday Night Football
music
See inside Jon Pardi's wedding to Summer Duncan
music
Taraji P. Henson said BTS can 'get it when you're old enough' at the 2020 AMAs and instantly regretted it
music
Vote on the RADIO.COM Country Top 20 with Jesse Addy
music
Somehow Lady Gaga quietly became the first female to do this at the 2020 AMAs