A hopeful, furry face greeted first responders who were searching the wreckage left in the wake of the California wildfires.

A team of firefighters in Berry Creek, California was sifting through the ashes of a scorched property when they uncovered a puppy who had suffered minor burns, according to the Butte County Sheriff’s Office.

They shared the uplifting find on Facebook writing that it was a “welcomed discovery” during such a tragic time.

These last several days have been hard on our entire county and we thought we would share a positive story today....

"These last several days have been hard on our entire county and we thought we would share a positive story today. Yesterday, as BCSO deputies and members of BCSO Search and Rescue were searching through properties impacted by the fire, they made an unexpected and welcomed discovery on a large property in Berry Creek, this adorable puppy," the post read.

The pup, who was black from the ash, was nicknamed “Trooper.”

Photos on the page show the first responders giving him water.

According to the post, he was taken to Valley Oaks Veterinary Center in Chico, California, for treatment. 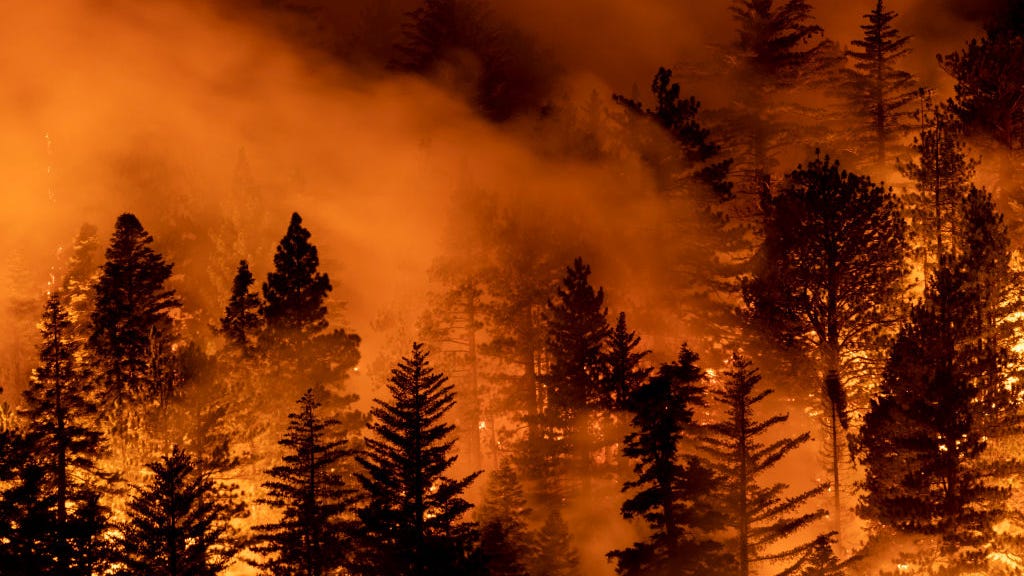 They were even able to locate the furry friend’s owner.

"After doing some investigating, we found out that the owner of the property has several dogs and was not able to locate them all before needing to evacuate," the sheriff’s department revealed.

Per People, at least 23 people have died as a result of the wildfires as of Saturday. Thousands have been forced to evacuate their homes.