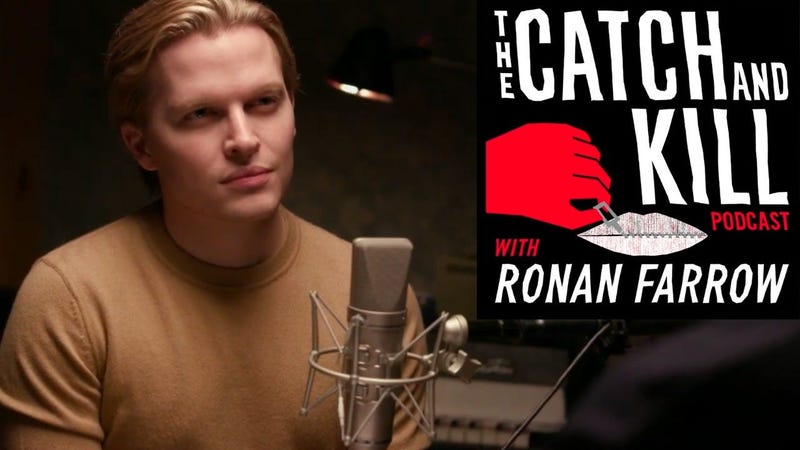 The third episode of Ronan Farrow’s new podcast, “The Catch and Kill Podcast With Ronan Farrow,” was released early Tuesday morning on RADIO.COM.

The Pineapple Street production serves as an audio companion to Farrow's book, “Catch and Kill: Lies, Spies, and a Conspiracy to Protect Predators,” recounting investigations and interviews he conducted surrounding allegations of sexual misconduct against media figures including Harvey Weinstein and Matt Lauer.

In episode three, Farrow chats with Ambra Gutierrez, an alleged victim of sexual assault and harassment at the hands of Weinstein. “I just felt that I needed to go to the police,” she recounts. After going to the police with her allegations, she was put into a situation that terrified her – conversing with Weinstein while recording the conversation in hopes of extracting a confession.

“He was saying names of actresses that he helped… If I would listen to him, I would become even greater than them,” she says. At the end of the evening, Weinstein attempted to lure Gutierrez back to this hotel room, which she refused. “Don’t embarrass me in the hotel. I’m here all the time,” Weinstein can be heard saying in the recording.

Then, in a heated moment, he admitted to touching Gutierrez during their previous encounter. “I’m used to that,” he argues.

When Weinstein learned of Gutierrez’s motives, he hired a private intelligence firm to keep the DA from pressing charges. He also proposed a large sum of money along with an NDA to keep Gutierrez quiet. Gutierrez, scarred from the experience, recalls feelings of deep depression and shame around the incident.

“I was afraid of wearing a skirt like I was covering myself because I thought that maybe it was me – that I was on the wrong side because I like high heels and skirts and dresses,” she recalls.

Episode 3 takes a deep look into one of the many lives negatively affected by Harvey Weinstein. For more from Farrow, listen to “The Catch and Kill Podcast With Ronan Farrow” on the RADIO.COM app.