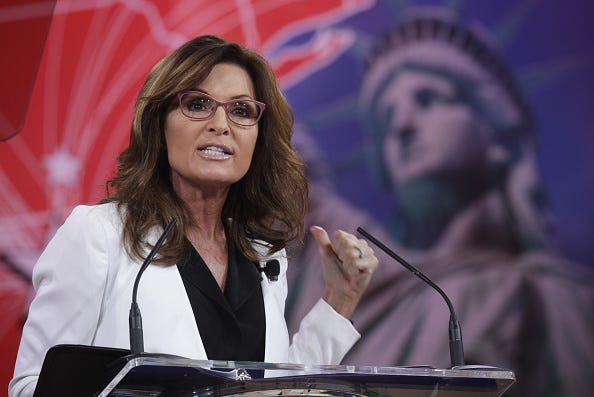 Sarah Palin was blindsided by the demise of her marriage.

The former Governor of Alaska has disclosed she first discovered her husband Todd Palin was planning on divorcing her from an email.

Sarah Palin says she learned of divorce from attorney, marriage isn't 'over, over' https://t.co/3w3dZIWAGr

The 55-year-old made the revelation while speaking to controversial evangelical Christian author James Dobson.

“I found out from an email from an attorney saying that she was hired and that was on June 19th, I'll never forget it,” the mother of five said in an interview that was released on Tuesday.

The email arrived almost three months before Todd filed for divorce on September 6th, 2019, which was also his 55th birthday.

And in between receiving the ill-timed correspondence and the legal filing, the couple’s 31st anniversary occurred.

“It was devastating. I thought I got shot,” Sarah added.

According to the Anchorage Daily News, Todd said the reason for the split was due to "incompatibility of temperament between the parties such that they find it impossible to live together as husband and wife.” He is seeking joint custody of their minor son, Trig.

Since the filing, the one-time Republican nominee for Vice President has secured a prominent divorce lawyer and agreed to have the proceedings sealed from the public.

But despite all that, Sarah and Todd have taken steps to try and work things out.

“We're going through counseling now, so it's not over, over,” she told Dobson. “Attorneys are getting rich off of us and I don't like that whole system.”

Todd and Sarah eloped in 1988 and have five children together. Their other four kids, Bristol, Willow, Piper and Track, are adults.