Texas Senator Ted Cruz objected to language in the resolution regarding the late Ruth Bader Ginsburg's dying wish, that her successor not be named until a new president is installed. Ginsburg reportedly made the statement to her granddaughter before she passed.

Cruz accused Senate minority leader Chuck Schumer of playing politics and turning a bipartisan resolution to a partisan resolution. Cruz said Ginsburg understood that part of the resolution is not the law. He says she was quoted four years ago in the Washington post, "Quote, the president is elected for four years, not three years. So the power he has in year three continues into year four. Maybe members of the senate will wake up and appreciate that's how it should be." 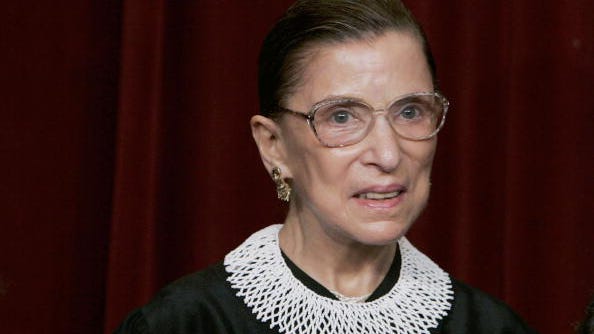 Cruz notes Ginsburg said that after President Obama nominated Merrick Garland to the Supreme Court, a move that was blocked by senate Republicans. Cruz said, "Without a hint of irony, every Democrat that is screaming from the ramparts that we cannot consider a vacancy on the court during this election year was screaming equally loud from the ramparts that we must consider a nomination during a presidential election year just four years ago."

Cruz said today the situation has changed.  He notes the circumstances are different and history is on the side of what the current senate will do because the senate is controlled by the same party as the president.  He then called for Bader Ginsburg's seat to be filled before the election.

Schumer replied,"I believe Justice Ginsburg would easily see through the legal sophistry of the argument of the junior senator from Texas. To turn Justice Ginsburg’s dying words against her is so, so beneath the dignity of this body."

Justice Ginsburg passed away Friday after a battle with pancreatic cancer.  She was 87.