A skier is lucky to be alive after nearly being attacked by a brown bear during a terrifying chase down a mountain.

A video of the incident was captured by frantic onlookers traveling overhead on a chairlift in Romania over the weekend, according to Newsweek.

In the clip, which has now been viewed nearly 300,000 times, a quickly approaching bear races toward the skier trying to escape for his life.

“A tourist on skis had the misfortune to meet a bear, right on the slope in Predeal. Fortunately, the skier escaped well after the unexpected encounter,” the translated caption of the video reads.

"Faster, faster! Come on, the bear is chasing you! Faster! God forbid, don't look back!" an onlooker shouted, according to local newspaper Ziarul De Iasi.

As the bear continues barreling down at an increasing pace, the skier throws his backpack in an attempt to distract the animal. The video shows the bear stopping to inspect the item which allows enough time for the skier to make his way to safety. 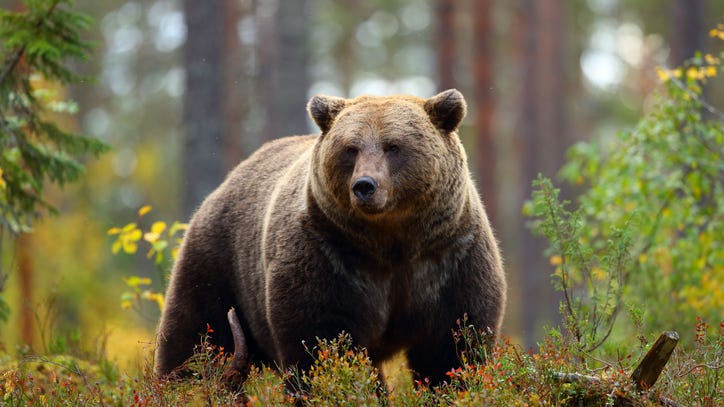 Spokesperson for the county Inspectorate of Gendarmerie, Ion Zaharia, praised the man’s quick thinking, telling TV Network Digi24 that the bear became too preoccupied by the object.

Mountain law enforcement later reported officials in the area received three calls about a bear siting earlier that day, one of which came from that exact slope where the chase took place.

Officers reportedly closed the slope in response to the calls just before the bear was spotted.