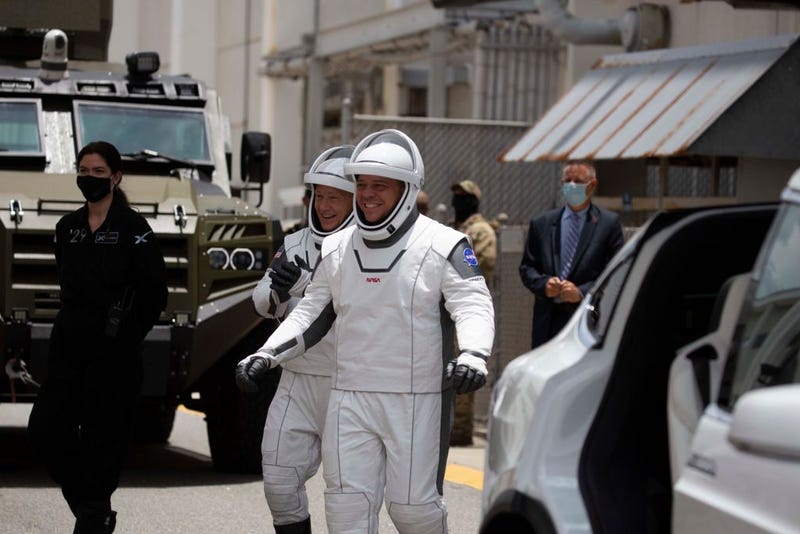 The suits will be worn by Hurley and Behnken during launch and re-entry, as well as in their white and black Tesla and ride to the Cape Canaveral launchpad, where they will hop aboard the SpaceX Crew Dragon capsule for their voyage to the International Space Station, reports New York Times.

The suits were designed by Jose Fernandez, a costume designer who worked on films including “Batman v Superman,” “The Fantastic Four,” “The Avengers,” and “X-Men II.”

“Suits are the charismatic mammals of space hardware,” Cathleen Lewis, the curator of international space programs and spacesuits at the National Air and Space Museum of the Smithsonian Institution, told the outlet. “They evoke the human experience.”

In addition to the suits, the astronauts will be launching with a mosaic of 100,00 images of 2020 graduates, reports CNN.

Earlier this month, SpaceX solicited submissions from this year’s grads in May.

On board Dragon will be a mosaic of graduates’ images – congratulations, class of 2020! → https://t.co/MUoy64B1b0 pic.twitter.com/kH7aNyv50s

“On board Dragon will be a mosaic of graduates’ images – congratulations, class of 2020!” the company tweeted on Wednesday.