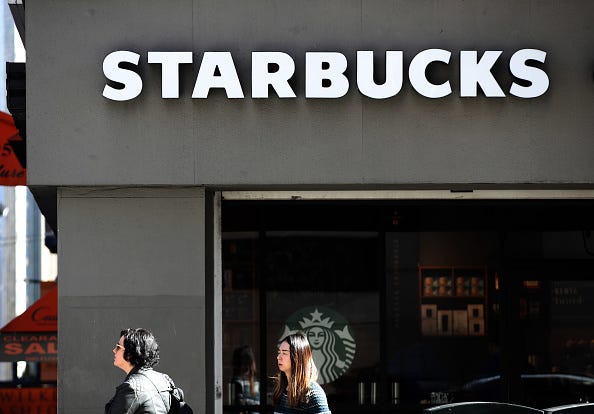 The coffee chain is getting ready to roll out a new type of café that caters only to mobile and delivery orders.

The new express cafes are not intended to take the place of existing Starbucks shops, which are considered a “third-place” location for consumers to relax outside of work or home.

They’re meant to improve the experience for busy on-the-go customers. Get me a Pumpkin Spice Latte, stat!

Starbucks CEO Kevin Johnson revealed the first U.S. location will be in Manhattan and is modeled after the Starbucks Now concept already available in their China stores.

While the initial NYC location is still being fine-tuned, the company expects to expand to other high-traffic cities like Boston, Chicago, Seattle, San Francisco and Los Angeles.

Starbucks also plans on making more improvements including expanding its Uber Eats delivery service beyond 11 markets and automating inventory and shift scheduling at its 15,000 U.S. locations.

Those changes aren’t intended to downsize staff, but to free up their time to improve customer service and create more community-focused events outside those prescribed by the company.

And in a bid to try to attract new employees and retain current ones, Starbucks also announced they would be improving on the mental health care package currently offered as part of the company’s health insurance.