Quarantine has left Americans feeling a bit burnt out.

A new study, commissioned by R+R Medicinals CBD and conducted by OnePoll, surveyed 2,000 Americans about their feelings towards 2020. .

Unsurprisingly, 65% reported feeling exhausted by the overwhelming emotions brought on by the pandemic. Three-quarters are even counting down to better days when the pandemic is over.

About 1,700 of the participants also revealed that living with someone has made things difficult, with 46% on the brink of losing their patience due to the lack of privacy.

Respondents said that, on average, they get roughly nine hours of alone time per week, which is better than the eight percent that said they get absolutely no alone time in their household.

Participants also revealed that their self-care routines have taken quite a hit.

55% said they struggle to carve out time for some TLC, while 43% said they’ve stopped trying to get back on a self-care routine for the remainder of the year.

Two in five people said they found relief by incorporating CBD into their self-care routine, though only 11% use it daily. The top two reasons for CBD usage are stress and anxiety.

While some people have found that they thrive in a remote environment, others have found it affecting their everyday lives. 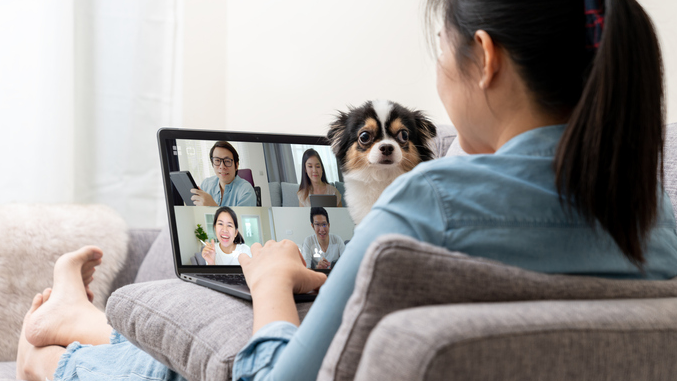 Even though working from home eliminated long commute times and waking up early, 48% noted that they struggle to fall asleep or get a good night’s rest because of it. .

Additionally, 50% revealed that working from home has ruined their work-life balance and made it harder to nail down a de-stressing routine.