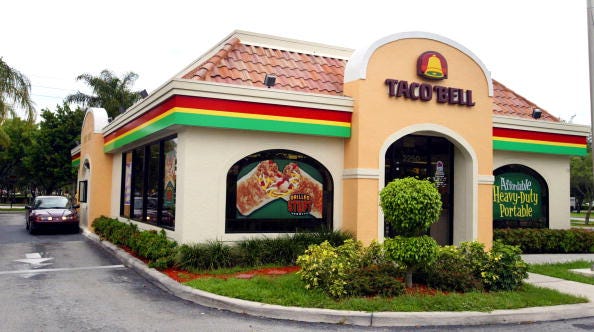 Taco Bell is known for trying out wacky food combinations - from Doritos taco shells to taco bisque for your holiday meals. Now, they’ve got a new creation for people to try – the Grilled Cheese Burrito.

You might think this sounds like just a quesadilla, but you would be mistaken. The name comes a little more literally for the fast food chain. They’re actually smothering a burrito in cheese and then grilling it, making for actual grilled cheese, Yahoo! reports.

The tasty treat features a layer of three-cheese blend on the outside. It’s then filled with even more cheese, seasoned beef, rice, chipotle sauce, and crunchy tortilla strips. The creation is then finished off with some sour cream.

Mouth watering yet? Don’t get too excited. The new Grilled Cheese Burrito is currently only being tested for lucky customers in Chattanooga, Tennessee.

The burrito is being sold for $2.99 or in a $5 box alongside two crunch tacos and a drink. You can even step up your game by ordering a $7 box, which includes a Beef Chalupa Extreme, Nacho Cheese Locos Tacos, chips with cheese sauce, and a drink. The options are endless and cheesy.

If the burrito makes a splash in Tennesseee, the chain could expand the option to stores nationwide, but the chain has not confirmed this yet.