NEW YORK (WCBS 880) — Young people are stepping up all over the country to fill in for older poll workers who are staying home due to the health risks of COVID-19.

During a typical election year, many adults over the age of 60 step up to help work the polls and ensure everyone’s vote is counted.

In the age of coronavirus, however, many Americans who would typically volunteer to work at polling sites have been staying home to avoid contracting the potentially deadly virus.

Manhattan teenager Kai Tsurumaki, 19, is full-time student at Princeton University who help found Poll Heroes, a group of teenagers who have volunteered to fill in the gaps on Election Day.

“Obviously, there is still some risk for younger people who are working the polls but, ultimately it is just such an important thing and we are really the best people for the job here,” he said.

Tsurumaki is working at a polling site in Manhattan and says he decided to get involved because he was worried about the older generation.

“As a young person, I have grandparents, I have older people in my life who I wouldn't want to be put in danger by either having to work the polls or by the process of voting,” the 19-year-old said. “So, making sure that these polls are fully staffed and that no one's lives are being put at greater risk because of that is really, really meaningful to me.”

Pro Hero took off in 2020, with hundreds of teenagers around the country signing up to help. They even had celebrity endorsements, including one from native New Yorker Ben Stiller. 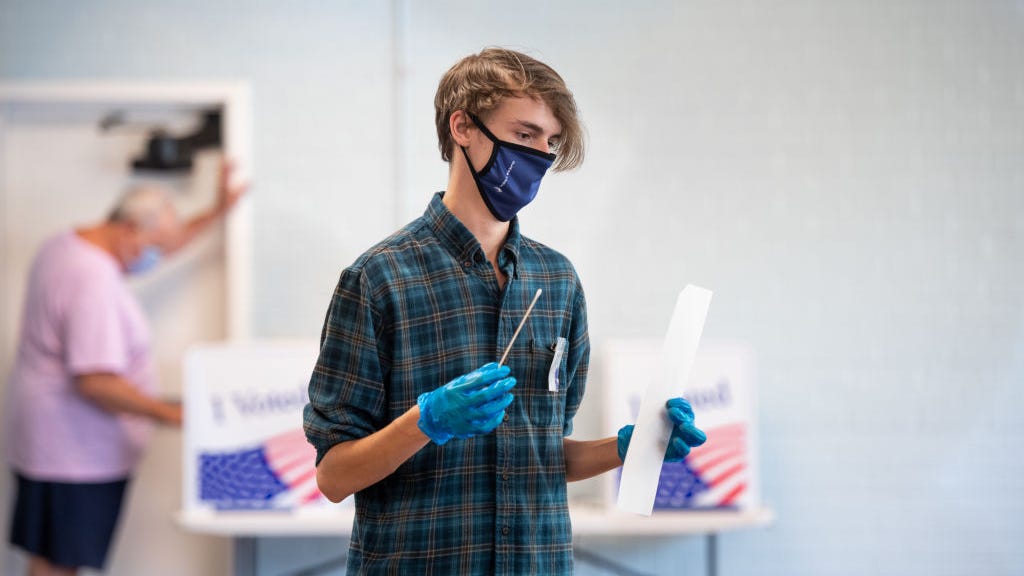 Not only does Tsurumaki encourage young people to help out if they can, but he also says it's imperative that they go out and vote to begin with, as it impacts their future.

“It's absolutely unacceptable for us to have such low turnout rates when we are so directly affected by everything that happens in politics. We are, I think arguably, the generation most affected by all these policies because we are the ones who will have to live with them for the longest,” he said.

With more than 900,000 poll workers across the nation for the 2016 election, the 19-year-old says there really are never enough young poll workers to help out.