Two former Tesla employees claim they were fired despite being told they could stay home over fears of contracting coronavirus.

Back in May, Tesla CEO Elon Musk sent an email to workers at the company’s Fremont, California factory saying they would not be penalized if they didn’t feel comfortable returning to work at the newly reopened plant.

If “you feel uncomfortable coming back to work at this time, please do not feel obligated to do so,” Musk wrote, according to the Washington Post.

But Carlos Gabriel and Jessica Naro say they received termination notices from the company’s human resources department citing “failure to return to work” after they both took unpaid leave and stayed home amid safety concerns, the outlet reported.

The fired employees believe they have been targeted by the company for previously speaking out about the working conditions at the plant. 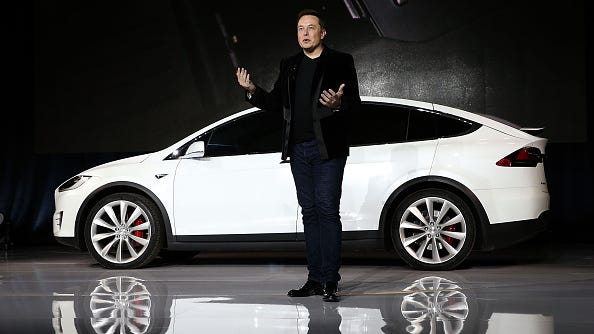 Earlier in the month, Gabriel attended a rally outside the factory’s gates as part of The Worker’s Solidarity Action Network. The group is calling for California Governor Gavin Newsom to send officials to inspect the factory to ensure it is complying with safety and sanitation guidelines.

While Tesla previously disclosed some workers had contracted COVID-19 outside of the factory, they assured there had been no transmission within the workplace.

But Gabriel was unconvinced. “One of my co-workers said he knows the person that’s been infected, so I don’t trust that Tesla has the workers’ best interest in mind,” he told KCBS Radio.